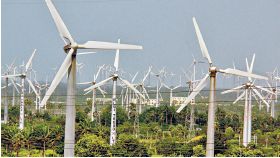 Tamil Nadu had finally voted on April 13th though counting is on May 13th. In what is seen as an extremely tight contest with tempers rising high during the campaign, among the major poll issues was the acute power shortage faced by the state. With voting over, Tamil Nadu is set to face longer power outages following a decision by the Tamil Nadu Generation and Distribution Corporation (TANGEDCO) to increase the load shedding period from two hours to three hours every day.

Chennai faces an-hour-long power cut while other parts of the state it will be not less than 3 hours a day. The TANGEDCO decision comes in the face of an increasing power deficit in the State, combined with rising deficits in other States.

“This has created a situation where Tamil Nadu cannot purchase power from these States. Even the power purchase for Rs 50 crore per day has proved insufficient to meet the demand. With no other options available, it has been decided to increase the power outage,” read a statement from the Tamil Nadu Generation and Distribution Corporation.

The Tamil Nadu Generation and Distribution Corporation is expecting this acute shortage to continue for a few weeks. The corporation has asked the people to put up with the cuts as it was expecting the yield from wind energy sources to increase in the coming weeks. Speaking to Express, Tamil Nadu Electricity Board (TNEB) Chairman and Managing Director C P Singh said it would be difficult to speculate on how long the extended outage would be in place. “It will depend on a number of environmental factors. How intense the summer is will also play a role,” he said.

Asked if there was some sort of a roadmap to make up for the power deficit in the State, Singh said,

“There is no roadmap. We have exhausted all our sources. Power is just not available. The extended power cuts will reduce the deficit from 3,500 MW to 1,500 MW.”

Wind power accounts for a little more than 15-20% of the state's overall capacity. The State’s contribution is 60 per cent of the installed capacity of the country’s wind mill power projects. Much of it has been installed in the last 10 years when not many major conventional plants have come online.
As an energy consultant observed "Tamil Nadu has put too many of its eggs in the wind basket."

The result - just as agriculture in the country is a gamble on the monsoon, the power situation in the state has become a gamble on wind. The city, which is facing rolling power cuts and other unscheduled outages, may be sufering the consequences of an unbalanced development of wind power in the state. With conventional power generation capacity stagnant for the last 10 years in Tamil Nadu, wind has become the marginal, peaking power expected to meet the city's additional power needs exactly the wrong application for wind power, say experts.

While the state sweats, the air-conditioned offices of Greenpeaces, WWFs, Oxfams and ChristianAids, advocates of renewable energy are hardly affected as they have multiple systems of power backup. Many of the staff reportedly have gone on vacations to hill resorts!