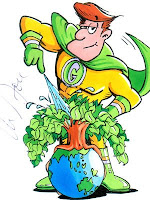 India last month, conveyed to the United Nations Framework Convention on Climate Change (UNFCC) that it would endeavour to reduce the emission intensity of its GDP by 20 to 25% by 2022, as compared to the 2005 levels, through voluntary mitigation actions.

This includes targeting a near 30% intensity emission reduction of its power sector. As a result, for the next 12 years, India proposes to spend $ 22 billion  on expanding its renewable energy generation capacity  including the addition of a minimum of 10,000 MW of solar power and 31,000 MW of non-solar renewable capacity.

The latest budget of the UPA, the ruling political coalition in India, demonstrated this commitment further through the creation of a National Clean Energy Fund (NCEF), to be funded by a proposed imposition of a Rs 50 cess on coal per ton. This cess is estimated to yield around Rs 2,500 crores this year.

The last election gave the UPA a wafer thin majority in the lower house while it continues as a minority in the upper house of parliament. This curtails their freedom to enact new legislation without receiving broader political support. They were able to offset some of these constraints through securing outside support from smaller regional parties. Yesterday, all this changed with two of these regional players withdrawing support to the government with at least two other allies extremely upset. Though it signals a major political re-alignment is on the cards, at this moment, the UPA is in disarray and hence vulnerable - a situation the opposition can exploit to the hilt.

Under Indian parliamentary practice, if a cut motion to the budget is passed in the lower house, the government is morally obligated to resign. While this threat of a monetary bill being defeated in the lower house remains unlikely, a defeat in the upper house of parliament, can create a political gridlock. If a combined opposition threatens to introduce a cut motion, it can pressure the government to rolling back their proposed Rs 50 cess on coal per ton.

Why a Cut Motion is Necessary?

When energy efficiency increases per se, it makes for good economics and its incidental outcome is often that the carbon intensity of energy generation automatically reduces. But if India were to also cap its emissions, it would have to replace its conventional energy with something else and the renewable option would be at least 2-3 times more expensive.

Here kicks in the principle of fuel poverty - defined as one where a family spends ten per cent or more of its earnings on fuel bills. The number of estimated people living in fuel poverty in the UK is seven million which is projected to more than double due to among other things, the misguided 'Climate Change' policies of the Labour government which is on its way to a humiliating defeat this June.

(If the Labour is possibly reduced to third position to the Conservatives and Liberal Democrats respectively, it will send out a sound message to other governments the world over what a heavy  political price they have to pay for their "Climate Change' obsessions).

The problem for countries like India is that unlike the West, 60% of our population is still unconnected to the power grid. We are a populous country, the fourth largest economy of the world but also one of its poorest. Distributing Pachauri's or TERI's solar lanterns to villages as NDTV's Greenathon program does, can only be a temporary pacifier at best, and at its worst, a distraction from the ultimate challenge of linking up these villages  to the power grid, without which no real development can take place. Even if  this were made possible, i.e. power grid link up,  either most will not be able to afford it or will dig a huge hole into their family budget, creating adverse consequences in other areas of India's development priorities such as health, education, nutrition etc.

As we attempt to lift more and more people out of poverty, this will also result in an ever expanding middle class which in turn ups the demand for energy. This whole process becomes subverted if energy is priced high as it effectively consigns hundreds of millions of our people to live in continuing poverty. Accordingly, for supplying cheap energy to our people, we need to leverage the resources the country is most endowed with - coal, where we have the fourth largest reserve in the world. 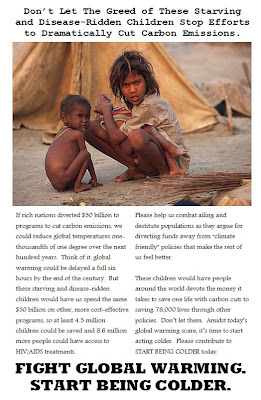 The problem of renewables as Jairam Ramesh, India's dynamic Environmental Minister complained in a Wall Street Journal (WSJ)  interview is that we are being pressured to "giving up cheap energy sources in exchange for economically unproven technologies".

Wind, solar, wave etc energies are touted by NGOs and environmentalist agencies like Christian Aid, Greenpeace etc as silver bullets to sustainable energy.  Despite their public image projections, at least some of them do not at the sub-conscious level want poverty to be really eradicated  as this creates an existential problem  - the raison d'etre for operating in the country disappears. This should partly explain why they want uneconomical and unreliable energy technologies to be dumped into the country.

Their behaviour is  also partly driven by the hidden agenda of many of these foreign funded NGOs have  - to expand the export markets of their country of origin. For instance, Christian Aid’s neo-imperialistic agenda shows its real face in their document: Capturing India’s Carbon: The UK’s role in delivering low-carbon technology to India  (2009). India plans to install 80,000 MW of super-critical thermal capacity by 2022. Climate Change then becomes only a mask for agencies like Christian Aid to lobby for a slice of this carbon sequestration market on behalf of UK firms.

Jairam Ramesh in the same WSJ interview further argues that India has more urgent environmental problems to tackle and that climate change cannot arrogate itself as the main environmental priority. What he didn't say was technologies like carbon sequestration are highly expensive while its capacity to check emissions remains highly questionable. This results in the  wastage of funds that could otherwise be deployed to tackle more genuine and urgent environmental problems - stinking gutters, overflowing garbage, polluted rivers/other fresh water sources, arsenic poisoning of groundwater, pesticide residue in agriculture etc.

Besides, the Guardian and the New York Times, who had been till recently the most staunchest media allies of the warmist lobby, both recently published scathing articles on how the hype on solar energy is an out and out economic scam:

Wind and other Renewable fare no better:

From Jairam Ramesh’s interview to the Wall Street Journal, it is obvious that the Environment Minister is cynical of the viability of renewable energy, particularly its potential to offer our poor, cheap energy. All over the world, particularly Europe, there are ample signals that governments are increasingly giving cold shoulder to renewable energy due to the dismal performance of their experimentation with these technologies. When countries like Sweden, Germany and US are giving nuclear energy a renewed thrust, the fund allocation for nuclear power in the Budget 2010-11 has been slashed by over 10 per cent. The state owned Nuclear Power Corporation is sitting on cash reserves of Rs 14,000 crores which the budget considers sufficient enough to self-finance 10,000 MW power generation capacities over the next few years.

Surely, the Government of India (GoI) cannot claim to be oblivion of these trends that  is prompting governments the world over to re-think renewable energy. The only reason why the GoI is pushing renewable energy is to meet India's international commitment as given to the UNFCC. The question arises, when other major polluting countries are jettisoning their emission cutting programmes, why should India remain the exception, particularly when we were not historically part of the problem?

Through this blog, we call on the combined opposition to call for a comprehensive debate on the country's energy security strategy before passing the finance bill. A cess of Rs 50 on coal per ton will have a high inflationary impact, which will rear its ugly head three to four months down the line when energy suppliers would be forced to raise their unit price of energy.

If the UPA is insistent of meeting its commitments to the UNFCC, then we call upon the combined opposition led by the BJP to devise a floor coordination strategy to try to pass a cut motion on the cess imposed on coal. Though the government may not fall, the very threat of the finance bills being stalled at the upper house of parliament should itself create the required pressures to get the ruling coalition to meet at least some of the opposition's key demands. This comes a time when the ruling coalition is particularly weak on numbers in parliament and a cut motion would prove a major embarrassment for the government at this juncture.

The cut motion should aim to reduce the amount of cess proposed on coal. Whatever budgetary allocation to renewables should be limited for supporting evaluation of existing projects and R&D support. None of the NCEF funds should go to subsidizing green field solar or wind power projects until these technologies prove themselves as commercially and technologically viable alternatives to conventional energy. If we don't, we will end up as Spain having to indefinitely subsidize non-viable energy projects that end up as white elephants!

Posted by Rajan Alexander at 10:06 AM