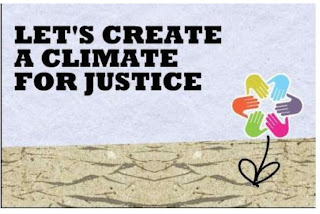 NGOs have moved from back stage to centre stage in world politics, and are exerting their power and influence in every aspect of international relations and policy making. They have in most part, been a positive force in domestic and international affairs, working to alleviate poverty, protect human rights, preserve the environment, and provision of relief worldwide.

If the world is to be saved from a climate catastrophe, it is essential for the civil society to take an active role in pressuring their governments and in moulding opinion to move in the direction of a solution based on the principle of equal atmospheric rights for all.

Leaving aside climate issues, the legitimacy of and role played by these Northern NGOs are still hugely debatable. Even their own partners have no hesitation in terming their behaviour towards their Southern counterparts, at best, as highly paternalistic. And yet they capture all the media space;  dominate the podiums and other spaces, speak on behalf of the global South, defending indigenous rights, raising the issue of climate impact etc. They bring (often by paying) token people, particularly innocent children from the South and tutor their presentations to paint a grim picture how global warming (sorry climate change, sorry climate weirdness, sorry climate disruption) are supposedly causing havoc in Southern countries.

Still, there is nothing, per se, wrong in championing the causes of South countries even if they are tempted on occasions to demonstrate a means justifying ends mindset.  So let’s ignore their means for a moment. Let’s focus exclusively on their ends as we as member of the NGO fraternity or general public seldom research their record of accomplishment; or ask awkward questions on northern NGOs policies; or chase facts behind their claims and publicity spin.

One of the most basic questions as we dig deeper is what kind of credentials do these northern NGOs possess to champion justice issues.  Simply put - are they committed to principles of justice as portrayed in their carefully cultivated public image? 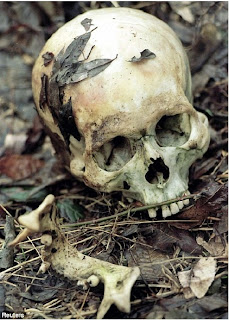 During the early eighties, many of us in the social justice movement were strongly incensed by the media expose of World Vision (WV) as being a front for the United States government. Pax Christi, a Catholic human rights group, even called them a “Trojan Horse” for U.S. foreign policy. In 1981, WV who then administered a Salvadoran refugee camp was accused of involvement in the deaths of two newly arrived refugees. The latter were reportedly identified by WV staff, handed over to Honduran forces and suspiciously later found shot dead.

For those of us then rookies in the NGO field, this was a shock.Until then we were naively taken up by all the rhetoric that humanitarian aid should be politically neutral and least of all, not be reduced as an appendage of the state.

Almost 30 years later, we find little as changed. International NGOs continue to act as trojan forces of their governments. Ex- Liberian dictator Charles Taylor recently confessed to the International Criminal Court in The Hague. He said that he had negotiated with NGOs, many who are today major players in the Climate Justice movement, that 15% of all aid funds be paid to him directly, to support his army and bulking out his own wallet. This amount funded by these NGOs in turn funded the brutal oppression he unleashed on his people.

The rebels who fought Taylor also took a percentage of funds from these Northern NGOs. The result was that NGO funds fanned the war on both sides.

Civilians  experienced  devastating  material  and  physical  abuse:  there were serious  human rights  violations,  including  rape  and  other  sexual  and  gender-based  violence.  Although  it  is  difficult  to  document  the  statistics  of  the  Liberian  Civil  War,  it  is  estimated that between 60,000 and 200,000 people,  mostly civilians, – were killed during the war. At least 850,000 people sought refuge in neighbouring countries and a large part of the remnants of a pre-war population of 2.2 to 2.5 million was internally displaced. 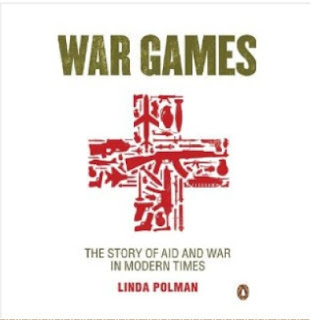 War Games, the recently published book by Linda Polman, freelance Dutch journalist, who followed the UN and these Northern NGOs in several war zones in the world, exposes the dubious justice credentials of northern NGOs as well illustrated in the case of Rwandan Genocide.

“In the course of a few terrible months in 1994, one million people were killed in Rwanda. It was slaughter on a scale not seen since the Nazi extermination programme. The killing rate in Rwanda was five times that achieved by the Nazis. Such a crime requires motives, means and opportunity.
The motive of those responsible for the genocide was to continue to monopolize power and seek a 'final solution' to the political opposition. The means was the mobilization of militia and use of the civil administration to encourage people to take part. Both methods of mass killing had already been tried successfully in Rwanda and were well documented in human rights reports (Ndiaye 1993).”

Humanitarian aid was confined to the ethnic Hutus and denied to their Tutsi fellow citizen.  Northern NGOs many of whom now crowing “Climate Justice” offered aid to the perpetrators of the Genocide and denied them to the victims of the massacre.  Soldiers and militia Hutus re-grouped, consolidated and re-armed themselves in these relief camps that saw them launching an assault that finally take over the country again.

Only Oxfam among these NGOs gathered their courage to speak out against the injustice in a press release “Oxfam fears Genocide in Rwanda”.  Oxfam warned that the lives of 750,000 people were in danger and requested the UN Security Council to immediately send troops to reinforce the UN position in Rwanda and protect citizens. Oxfam to their credit, remained the only humanitarian aid agency who publicly then use the word ‘genocide’ to describe what was happening in Rwanda. 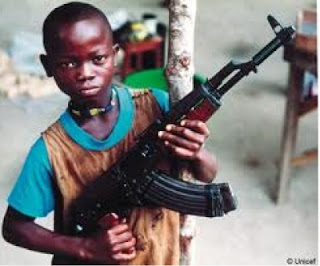 The likes of ActionAid, CARE, and many others who now consist the so-called Climate Justice movement was conspicuous by their silence against what could be considered the greatest human rights violation incident after World War II.  The Christian donors led by the WCC and included Christian Aid; Brot fur die Welt, Miseror, Caritas, Lutheran World Federation etc who are now also the so-called key players in this so-called Climate Justice movement were found equally complicit by their silence. And yet, apart from their press note, even Oxfam fell in line with their country’s foreign policy and operated their relief camps solely for Hutus and possibly permitting for the Hutu army and militia to regroup and rearm themselves with their camps.

Humanitarian workers were shocked at the behaviour of these northern NGOs they worked for and many ended up mentally scarred for life, engulfed with a sense of personal guilt. In Aceh a few years ago during a Tsunami response evaluation, I met a former Christian Aid humanitarian manager who recounted his horror during the Rwandan Genocide: “The ***** ******* (referring to Christian Aid and other humanitarian agencies) didn’t do anything at that time. Never opened their mouths and operated as pet poodles of their government’s foreign policy”.

How serious the guilt was and the subsequent soul-searching that humanitarian agencies underwent was perhaps is best illustrated by Oxfam being prompted to record the trauma of their own staff. They published the interview of Maurice Herson, Editor of Forced Migration Review and previously Deputy Humanitarian Director and Head of Humanitarian Programme Advisory Team at Oxfam. Read this insightful interview here.

However, El Salvador, Rwanda and Liberia are only a handful of examples but there are several others such as Bosnia, Congo and Sudan. In all these countries, these northern-NGOs flout their own professed policies of being political neutral and are united in one aspect - their operational policies are tightly aligned to US and therefore western government’s foreign policies. With such a track record, these northern NGOs are now the visible and articulate faces of these Climate Justice networks.

Complicity in the climate scam compromises their core mission objectives

Not long ago, NGOs kept governments at a distance by simply refusing funds from them in an attempt to maintain their independence and integrity. Today, governmental funds often account upto one-quarter or more of the total portfolio of most northern NGOs. The largest NGOs comprise multiple national affiliates under various forms of confederation. Some are purely fundraising and recruitment vehicles, while others operate independent programmes.

With donor government funds increasingly channelled bilaterally, rather than as unrestricted contributions to multilateral organisations such as the UN, NGOs are controlling a larger share of humanitarian resources than ever before.

And as they become more and more dependent on governments for their existence, the more tightly aligned are their policies with those of governments, sacrificing their independence and autonomy in the process. Nowhere is this better illustrated than the sphere of climate change. It is interesting that though mega NGOs like Oxfam, Christian Aid, Action Aid, CARE etc went on a hyper-drive with their climate change advocacy, all invariably continued to see their core mission as advocating on behalf of the world’s poor and disenfranchised. The tragedy was these NGOs failed (or deliberately ignored) that the consequences of their climate advocacy heavily compromised their professed core mission. One such illustration is that the solutions they peddled increased starvation, malnutrition and food riots in developing countries. 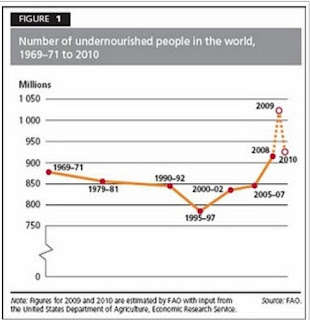 The Food and Agriculture Organization (FAO) of the United Nations released a preview of its flagship report, "The State of Food Insecurity in the World," which is due to be released in October. The preview has some good news: the number of people worldwide in chronic food shortage dropped 10% over the past year to "only" 925 million. This can be seen in the graph above. Important conclusions of their study were:

- The 2010 lower global hunger number resulted largely from renewed economic growth expected this year — particularly in developing countries — and the drop in food prices since mid-2008.

So hunger is reduced by stimulating economic growth and yet climate advocacy strangely seeks to reduce, if not eliminate it all together. The situation is accentuated by the diversion of scarce resources of poor countries to combat an imaginary problem - carbon footprint of man! FAO goes on to say that higher energy prices imply more and more people end up starving.  But this is exactly what climate justice advocacy is all about - raising energy prices. FAO highlights that two thirds of the worlds undernourished live in just seven countries, including India. But the WWF, Greenpeace, Oxfam, Christian Aid, Action Aid, CARE, Lutheran World Federation  (surprise surprise), Brot fur die Welt etc through their climate advocacy wants just that - raise the energy prices in this country and continue to ensure more and more Indians end up starving. 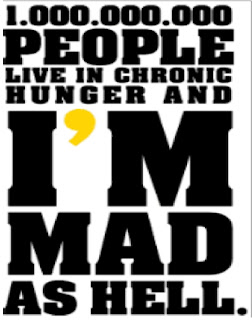 Rubbing salt on the wound, these NGOs capitalise on hunger to raise funds by blaming the problem on climate change (Freudian slip?) - Aid agencies call for a 'surge' in aid effort to help 10 million facing hunger in West Africa. So they profit both ways!  Smooth operators don’t you think? They could well remember the caution given by the Mahatma:

"I will give you a talisman. Whenever you are in doubt, or when the self [ego] becomes too much with you, apply the following test. Recall the face of the poorest and the weakest man whom you may have seen, and ask yourself, if the step you contemplate is going to be of any use to him.

Will he gain anything by it? Will it restore him to a control over his own life and destiny? In other words, will it lead to Swaraj [freedom] for the hungry and spiritually starving millions? Then you will find your doubts and yourself [ego] melt away.”