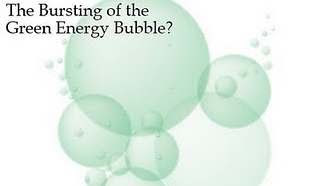 Spain accounts for almost half the world's new solar-power installations in terms of wattage, totally enabled by government subsidies. Spain's solar capacity last year increased to 3,342 megawatts from 695 megawatts, the size of a coal plant, a year earlier. Government subsidies for solar power jumped to a whooping €1.1 billion in 2008 from €214 million in 2007.

President Barack Obama repeatedly cites the “green economy” policies enacted by Spain as being the model for what he envisioned for America. To replicate this experiment, Obama introduced a Bill in Congress called the “American Power Act.”
However, late last year, a near bankrupt Spanish economy dramatically scaled back subsidies and more importantly, capped the amount of subsidized solar power that could be installed. Reuters quoted a representative for the Spanish solar lobby ASIF saying that the proposal would “destroy the government’s renewable-friendly policy and kill us all off” – a sentiment that reverberated all over the global solar industry.

The ripple effect of Spain became immediately evident. France cut its solar subsidies in January by 29 percent after the installed capacity more than doubled from 105 megawatts in 2008 to 250 megawatts last year. Italy, is considering a gradual decrease in tariffs between 2011 and 2013. From this month, “Green” Germany will cut the price paid for electricity from roof-mounted solar panels by 16 percent and that from larger solar power stations by 15 percent. To be noted: the Spain-Germany combine accounts for nearly 75% of all worlds’ photovoltaic panel installations in 2009.
And as if, Europe jettisoning their solar obsession was not only the pointer to a cautionary tale of government policies that created a speculative energy bubble, comes the documentary evidence - the Spanish government’s self-acknowledgment of the ruinous effects of their so-called “Green” economic policy. Read here for the Spanish translation.


So damaging was its contents that the Obama Administration quickly put diplomatic pressure on the Spanish government to keep it under-wraps. However, thanks to a conscientious Spanish bureaucrat, this document, which the Spanish media referred to for months before and acknowledged by US media such as Washington Examiner and Bloomberg, has now been finally leaked.

A leading Spanish newspaper headlined the story: “Spain admits that the green economy as sold to Obama is a disaster.” This internal assessment preceded the Zapatero administration’s recent acknowledgment that the “green economy” stunt must be abandoned, lest the experiment risk Spain becoming Greece.

Where even Angels Fear to Tread, India Jumps In! 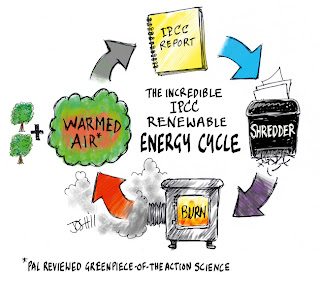 "The solar industry in 2009 has been undermined by a collapse in demand due to the decision by Spain," says Henning Wicht, a solar-power analyst at research group, iSuppli. Factories worldwide that had ramped up production of solar-power components found that demand for solar panels was plummeting, leaving a glut in supply and pushing prices down. Job cuts followed.

Within this scenario, India’s drive to ramp up its own solar capacity may provide a lifeline for the industry.  India plans to build an initial capacity of 1 GW by 2013, enough to power close to 1mn homes. It would then add 3-10 GW by 2017, before aiming to hit capacity of 20 GW by 2022.

While India’s high irradiation advantage unlike Europe make it ideal for harnessing solar energy as compared to Europe, nevertheless, what costs will it come with?

Small solar can certainly fit very nicely into particular niches, such as off-grid energy production e.g. solar water heaters for buildings. The government proposes to make it mandatory for telecom operators to transform their cellphone towers from being powered by diesel generators to solar panels. There are estimated 250,000-cellphone towers, which consume 3-5 kilowatts power or 530 million gallons of diesel every year.

These off-grid solar applications depend on solar cells and panels that directly convert sunlight into energy, whose critical raw materials, including for silicon wafer, India does not possess. China controls almost 75% of the global market of these supplies that makes India dependent on a country that it is considered by our foreign office, at best, a fair weather neighbour. The implications are that this will lead to an increase of government subsidies in applications like solar heaters or increase in consumer expenditure as in the case of applications like solar cellphone towers where service providers will be forced to raise tariffs to recover costs.

What the European experience has clearly demonstrated that while solar can somewhat justify small, off-grid applications, there is never had been an economic justification for large gridded solar power projects that mostly depend upon solar thermal technology that through mirrors focus the sun’s energy on a liquid that, when heated, drives a steam turbine. Three such SPSS grid based power stations are coming up in the country - West Bengal (2MW); New Delhi (1MW) and Karnataka (3MW) with some other plants totally with 10 MW capacities under planning.

While India is a manufacturer of solar concentrator collectors for solar thermal energy, its industry is underdeveloped in terms of technology. Instead of first building up technological capacity, by opting to expand generation capacities at breakneck speed, the outcome of governmental policy, leave bigger foreign firms with the competitive advantage in execution of these contracts. Jobs are exported out of the country instead of creating new ones within it. These projects are foreign exchange intensive. And worse still, the breakneck speed threatens to repeat the dilemma Spain found itself with – low quality and poorly designed solar plants that needed to be subsidized indefinitely as they may never produce efficient green energy on their own.

India also did not take cognizance how the feed-in tariff structure adopted in Europe proved a rip off, particularly in the absence of a strong regulatory and enforcement regime. These tariffs represent the premium that nations are willing to pay for clean electricity. They are fixed at a set rate for, in the case of Spain, a period of 25 years for particular renewable-energy technologies. The tariffs typically drop each year, thus encouraging early adopters.

Posted by Rajan Alexander at 6:00 PM