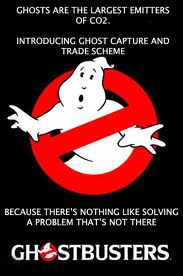 "The notion of a static, unchanging climate is foreign to the history of the earth or any other planet with a fluid envelope. The fact that the developed world went into hysterics over changes in global mean temperature anomaly of a few tenths of a degree will astound future generations.

Such hysteria simply represents the scientific illiteracy of much of the public, the susceptibility of the public to the substitution of repetition for truth, and the exploitation of these weaknesses by politicians, environmental promoters, and, after 20 years of media drum beating, many others as well.

Climate is always changing...For small changes in climate associated with tenths of a degree, there is no need for any external cause. The earth is never exactly in equilibrium.

For decades, climate change alarmists have generated a host of doomsday scenarios, all based on the theory of anthropogenic global warming viz human CO2 emissions will force Earth’s climate to warm uncontrollably causing all weather anomalies and disasters.

This hysteria will no doubt go down as the most successful pseudo-scientific fraud in history. It all started with some unscrupulous scientists manipulating long term scientific data back in the late 1990’s to create an allusion of rapid global warming. With the (literally) trillions of dollars driving it, climate science ended up corrupted with “research” hijacked to further enhance the totally slanted, bogus global warming claims. Their patrons - western government steered huge research grants their way to keep the movement going. Soon they claimed a scientific consensus. Environmental organizations, notable politicians among them then teamed up with movie, media and journalists to create this wild “scientific” scenario of the civilization threatening environmental consequences from global warming unless we adhere to their radical agenda.

In one of the blackest chapters of our history, NGOs became willing part of this scam.  A good part of our NGOs today bear little resemblance to our shoestring operations of yesteryear. Virtually every one that engage with their EU or US counterparts are actually funded, at least in part, by Western governments. The Western governments created their own Hall of Mirrors. They paid for its own set of interlocutors who reflect what they want to hear. Think of the incentives and motivations of these NGOs. They are driven by the need to survive and the need to fund themselves. They also need to get funding from the public. And so their story tend to reflect pressures of competitive alarming. So if the likes of Christian Aid say sea levels will rise 3ft, the likes of Oxfam go one better to claim it will do so by 5 ft and the cycle goes on until the likes of Greenpeace & WWF, the master fear generating machines claim 30ft and 40 ft respectively. Each time, their prediction has to be more dramatic and alarmist than the last one.

Lets face it. The ordinary rank and file of NGOs have no background in science or knowledge of climate. These horror stories are all what we are brainwashed day in, and day out and there’s actually no room in our brain for a different kind of narrative. If only if we take time to research and understand the science behind climate science would we realize the truth. And the truth sets us free.

It is such freedom that led me to sign up to a service like Blogger.com and for no cost whatsoever, launched myself as a blogger. This blog launched 18 months ago has chalked up over 80,000 hits, which is a good response considering it is only part-time,  updated once every 7-10 days.  At the time of launch of this blog, I found myself one of the handful within the NGO sector to openly declare a climate skeptic. Ours was India's first climate skeptic blog and some others followed later, reflecting the on-going rapid growth of climate skepticism in India. Slowly these initiatives started to network and the result is that we are proud to announce an international conference in Mumbai on Oct 14th. The speakers include some of the best known climatologists, both internationally and locally:


Dr Willie Soon is an individual Greenpeace loves to hate so much that they brought out  a report on the funding of his research. Read our archive: Greenpeace hypocrisy hit its nadir: Attacks below the belt noted Climate Scientist Willy Soon;

So if you are interested in listening to a different narrative on climate change, please be invited to register for the conference. Details given below.

Participation is by invitation only. Please send your contact details by email to conference@challengingclimate.org. Or register at EventBrite.

* Invited, to be confirmed

Posted by Rajan Alexander at 11:25 PM