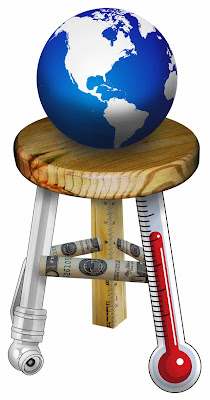 (Scott Armstrong in Washington Times) The science of forecasting is complex. After 50 years spent studying the issue, I have found there is plenty of experimental evidence that in complex, uncertain situations, experts cannot forecast better than those with little expertise. In 1980, MIT Technology Review published my “Seer-sucker Theory”: “No matter how much evidence exists that seers do not exist, suckers will pay for the existence of seers.” Since 1980, research has provided more evidence for this surprising theory, especially Philip Tetlock’s 2005 book, “Expert Political Judgment.”


Forecasts of dangerous man-made global warming rely heavily on expert judgments. Is the global warming alarm movement another example of the seer-sucker phenomenon? If so, what is the scientific approach to climate forecasting?


In the 1990s, I organized an international group of 39 scientists from various disciplines to summarize principles for a scientific approach to forecasting. The principles are based mostly on experimental studies on what works best in given situations. Some, such as the principle of full disclosure, are based on commonly accepted standards. The findings were translated into a list of 139 scientific principles and published in the book “Principles of Forecasting” in 2001. The principles are available at forecastingprinciples.com, and they are revised as new evidence becomes available. This site includes a freeware package that allows anyone to audit forecasting procedures.


In 2007, I along with Kesten Green from the University of South Australia, published an audit of the procedures used by the U.N. Intergovernmental Panel on Climate Change (IPCC) to produce “projections” of global warming. The IPCC authors used computer projections derived from some scientists’ expert judgments. They call the projections “scenarios” (i.e., stories). As the authors admit, they are not forecasts, yet they are used as such. The audit showed that when the IPCC procedures are assessed as if they were forecasting procedures, they violated 72 out of 89 relevant scientific forecasting principles.


What does scientific forecasting tell us about global temperatures over the next century? 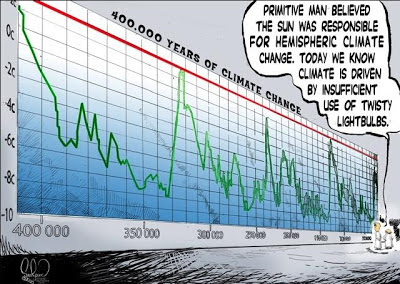 In 2009, Mr. Green, Willie Soon of the HarvardSmithsonian Center for Astrophysics and I conducted a forecasting validation study using data from 1850 through 2007. We showed that a simple model of no trend in global mean temperatures for horizons of one to 100 years ahead provided forecasts that were substantially more accurate than the IPCC’s 0.03 degrees Celsius per year projections. For horizons of 91 to 100 years, the IPCC’s warming projection had errors 12 times larger than those from our simple model. Our own forecasting procedures violated only minor evidence-based principles of forecasting, and it did not rely on expert judgment about the trend. Scientific forecasts since that 2009 paper, described in our latest working paper, assess those minor deviations from the principles, and the results support our earlier findings.


Have there been similar cases in the past where leading scientists and politicians have concluded that the environment faces grave perils? In an ongoing study, we have identified 26 alarmist movements that were similar to the current man-made global warming alarm (e.g., population growth and famine in the 1960s, and global cooling in the 1970s). In all cases, human activity was predicted to cause environmental catastrophe and harm to people. Despite strong support from leading scientists, none of the alarmist movements relied on scientific forecasting methods. The government imposed regulations in 23 of the 25 alarms that involved calls for government intervention. None of the alarming forecasts turned out to be correct. Of the 23 cases involving government interventions, none were effective, and 20 caused net harm.


Two ways to encourage unity on the climate change issue would be to insist that forecasts be provided for all costs and benefits, and that all forecasting procedures abide by scientific principles. If validated principles are not included in the current forecasts, they should be added. Until we have scientific forecasts, there is no basis for unified action to prevent global warming — or cooling. Rational climate policies cannot rely on seers, no matter how many of them, how smart they are or how much expertise they possess.

J. Scott Armstrong is a professor at the University of Pennsylvania and author of “Long-Range Forecasting” (Wiley-Interscience, 1985).

Posted by Rajan Alexander at 6:27 PM