The 2010-2011 La Niña was one of the strongest in recorded history. Its first phase ended in April this year and after the boreal summer, the La Niña as appeared again. However, the second phase of a La Niña is usually weaker than its first phase.

But with the Indian Ocean Dipole (IOD), another oceanic phenomenon emerging concurrently it should give the effects of the La Niña an extra punch. This means the NE Monsoon can be expected to be vigorous over the Indian sub-continent. The threat level for disasters like flooding and cyclones during the last quarter of the year remains high.

‘Dipole' in Indian Ocean as La Niña looks to grow 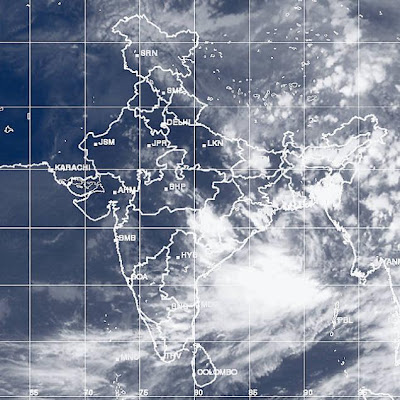 La Niña conditions re-emerging in the equatorial east Pacific will grow in intensity in due course, says the Tokyo-based Regional Institute for Global Change (RIGC).

First off the block with a ‘repeat' La Niña forecast made late last year since proven true, the RIGC said in an update that the event would peak during the winter and die out by March-April-May 2012. This is also expected to keep mercury lower than normal, providing for a colder winter as was the case during the past few years. The Climate Prediction Centre of the US National Weather Services and the Australian Bureau of Meteorology (BoM) have since confirmed the La Nina status. In another case of RIGC outlook having been made many months ago and now proving true, the BoM has said that a positive Indian Ocean Dipole (IOD) event is evolving. A positive IOD represents warming anomalies to the west of equatorial Indian Ocean relative to the east. It is known to boost a concurrent Indian monsoon, now in the last phase, though. The RIGC has indicated excess rainfall for most of the country through September-October-November, a likely result from a La Niña-positive IOD combine.

The combination is also seen as prolonging the monsoon rains over India, with a fresh low-pressure area having been tossed up over the Bay of Bengal. Associated with the developing La Niña, cool to wet conditions would occur in the southern Africa, Australia, and Brazil, the RIGC said. The La Nina would also help bring down the surface temperature over many parts of the globe except the northern Eurasia and southern US. Wet to flooding conditions have been warned of in Indonesia, India, and eastern Africa. Northeast Asia (eastern China, Korea and western Japan) would have warm/wet during autumn and colder weather in winter.

Posted by Rajan Alexander at 5:04 PM