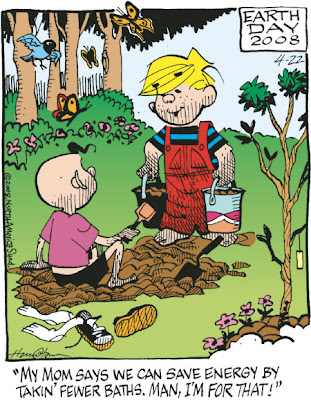 “Earth Hour is yet another symbol of how climate activists have hijacked the environmental movement,” said Tom Harris, executive director of the International Climate Science Coalition (ICSC) which is headquartered in Ottawa, Canada.

“Most people do not realize that, when they turn out their lights for sixty minutes on March 31, they are not supporting science-based environmental protection. Participants in Earth Hour are unwittingly helping prop up one of the most threatening scientific hoaxes in history—the idea that carbon dioxide (CO2) emissions from human activities are known to be causing dangerous global warming and other problematic climate change.”

“Science has yet to provide unambiguous evidence that problematic, or even measurable, human-caused global warming is occurring. The hypothesis of dangerous man-made climate change is based solely on computerized models that have repeatedly failed in practice in the real world.”

“It’s important not to waste energy, and to generate it as economically as possible in terms both of cost and depletion of natural resources. Those are the right reasons for mass gestures like Earth Hour. However, it is a mistake to promote such initiatives as ‘saving the planet’ by reducing emissions of CO2 when so many qualified scientists do not support the hypothesis that man-made CO2 can or does cause dangerous global warming. As the public come to realize that they have been misled about the reasons for Earth Hour, much of the incentive to engage in constructive behaviour will evaporate. In announcing his support for Earth Hour, United Nations Secretary-General Ban Ki-Moon asserted,“We do so [turning off lights] in solidarity with the men, women and children, 20% of all humankind, who live with no access to electricity.”

“If we are going to demonstrate solidarity with those who lack adequate energy supplies, then we need to really feel what they feel, not just turn off a few lights,” said ICSC energy issues advisor, Bryan Leyland of Auckland, New Zealand.

“Earth Hour should be renamed Energy Hour and citizens encouraged to use as little energy as possible for 60 minutes so that they can get a sense of what societies without adequate power are actually like. For this is exactly where we are headed if governments continue to yield to climate activists and try to replace reliable, base load generation with expensive, intermittent and diffuse energy sources such as wind and solar power. Climate campaigners will undoubtedly once again cite the public’s participation in Earth Hour as broad support for combating climate change,”

predicted Professor Ole Humlum of the Institute of Geosciences, University of Oslo, Norway and author of the popular climate science Website http://www.climate4you.com/.

“Some commentators have therefore suggested using as much energy as possible during the hour to demonstrate opposition to the climate scare. A more constructive approach would be to change the name and stated purpose of the program to one based on the realities of science and the world we actually live in. Energy Hour would stand the test of time. Earth Hour, based on misguided climate change fears, will not.”

Posted by Rajan Alexander at 4:22 PM