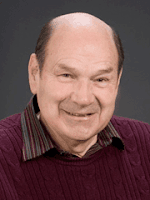 It appears there’s a media blitz to recover lost momentum as the public reject claims of global warming. The structure of the Intergovernmental Panel on Climate Change (IPCC) is one of alarmism. Their Science Report claims to prove humans cause climate change and is the basis for The Impacts, Adaption, and Vulnerability Report that lists a multitude of potential disasters. These are a source for supporters and media as they try to scare public reaction. It suits the sensationalism of journalism and especially the bias of the mainstream media.

So they publish articles of pure speculation and impending doom as if they are fact. A March 12 Vancouver Sun article titled Greenland ice sheet melting would be irreversible: study is a classic alarmist report ideal to illustrate how the media exploit sensationalism.

If the newspaper understood the science, they would know the article is scientifically selective and inaccurate. As with any deception, omissions are as important as inclusions. We’re not told the research is based on computer models built on completely inadequate data whose predictions are consistently incorrect.

When asked what’s wrong with global warming most can only say sea level rise. It’s why Al Gore overstated the amount and made it a major feature of his movie. It’s necessary to start all stories with “an impending doom” comment that is always conditional, as is the case with the Sun story.

If the Greenland ice melted completely, it would drive up sea levels by an average 7.2 metres, swamping deltas and low-lying islands.

They never explain:
Each report should increase the threat.

Previous research has suggested it would need warming of at least 3.1º C above pre-industrial levels to totally melt the ice sheet.

The new study found that,

The massive Greenland ice sheet is for (sic) more sensitive to global warming than thought and just a small, long-term temperature rise would melt it completely… 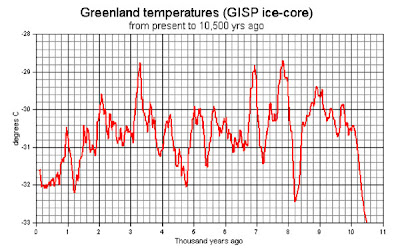 You are not told that all this contradicts the historic evidence. Figure 1 shows Greenland was warmer than today for 8000 years, but the ice sheet is still there.

Evidence used to support the threat actually undermines it.

Earth’s atmosphere has already warmed by 0.8 C since the start of the Industrial Revolution in the mid-18th century, and carbon dioxide (Co2) that is being emitted today will linger for centuries to come.

The 0.8°C figure is used to imply it is unnaturally rapid, therefore caused by humans, when it is statistically meaningless because the error range is over 20 percent. The claim that even if we act now the problem will last for centuries is absolutely false. CO2 stays in the atmosphere for a maximum of 5 to 6 years.

To emphasize the irredeemable nature of the temperature increase, we’re told,

If the global temperature significantly overshoots the threshold for a long time, the ice will continue melting and not regrow – even if the climate would, after many thousand years, return to its pre-industrial state.

The historic record shows this is not correct and despite the claimed warming of the last 100 plus years Greenland is currently growing. 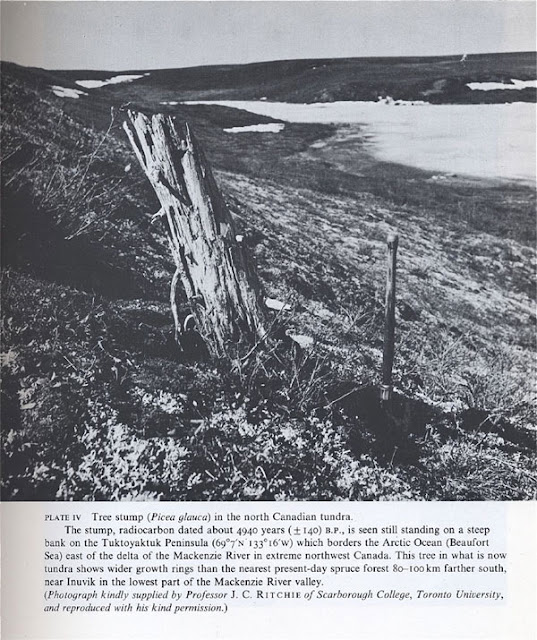 However, if you are unconvinced by the ice core data, it is supported by physical evidence. Professor Ritchie (University of Toronto) identified and photographed a picea glauca (white spruce) stump on the Tuktoyaktuk Peninsula in tundra some 100km north of the current treeline (Figure 2). Radiocarbon date was 4940 ±140 years Before Present (BP). It was featured in Hubert Lamb’s classic work Climate, Present, Past and Future.

Similar dissection of alarmists’ stories is easy but impossible because of the increased frequency. Besides, media tend not to publish letters with corrections. The Vancouver Sun didn’t publish my letter, as is their right; however, it raises questions about the media when they let uncorrected information remain on the record. It is more egregious because the misinformation is used to deliberately mislead the public and promote a political agenda.

Posted by Rajan Alexander at 2:58 PM