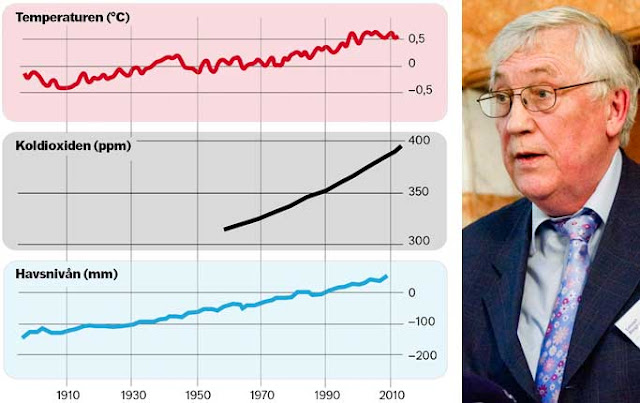 A major Swedish online daily has an article about what one of Sweden’s leading climate scientists, Lennart Bengtsson, has to say about the global warming hysteria. Some excerpts in English

We Are Creating Great Anxiety Without It Being Justified…there are no indications that the warming is so severe that we need to panic.

The warming we have had the last a 100 years is so small that if we didn’t have had meteorologists and climatologists to measure it we wouldn’t have noticed it at all.’

The Earth appears to have cooling properties that exceeds the previous thought ones, and that computer models are inadequate to try to foretell a chaotic object like the climate, where actual observations is the only way to go.”

More and more we are seeing the alarmists being increasingly marginalized. As the data pours in, their science is looking more and more preposterous.

Some of Lennart Bengtsson awards:

Posted by Rajan Alexander at 4:15 PM