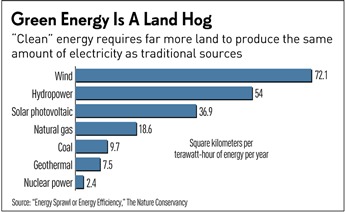 (Al Fin) China is losing a lot of money on solar -- even more than Obama lost betting on the intermittent unreliable form of energy!

LDK Solar, the world’s second-largest maker of solar wafers, and Suntech Power, the world’s largest solar panels producer, are the mostly likely to be headed for bankruptcy, Maxim noted. LDK reported a net profit loss of 1.08 billion yuan in the first half of this year, with a total liability of 26.7 billion yuan, about 88 percent of its total assets.

2.42 billion yuan of debts will come due in 2013, compared with a cash pile of only 830 million yuan. With its debt-to-equity ratio at 7.4, the Jiangxi-based LDK has already been in insolvency based on corporate accounting standards in the Europe and the United States, according to Maxim. A bankruptcy filing or restructuring could be needed for LDK, it added. _Reason

Unfortunately for the Chinese people, solar companies in China are devastating the landscape with toxic waste on a monumental scale.

But knowledge of the grand green charade of China's wind and solar industries has not reduced the fervour of US green political activists such as Barack Obama or Senator Harry Reid of Nevada. In fact, Senator Reid is indulging in a grand corrupt and nepotistic scheme in his home state of Nevada, involving a public lands give-away to a Chinese solar company and an associated US company involving his own son!

Of course this type of insider political deal is not unusual for either Nevada - style or Chicago - style political operators.

China's grand scheme of infrastructure buildup -- including green infrastructure -- is proving to be something of a big bomb. China has been spending money hand over fist, stalling for time in hope that its big export customers -- Europe and North America -- would pull out of their economic doldrums, and start to buy Chinese products on a grand scale, once again.

China is getting a bit desperate, and cannot help but be relieved every time a foreign sucker -- in Germany, the US, Australia ect. -- gets sucked into another green energy scam.

Yes, China is poisoning itself to build and sell intermittent unreliable products such as big wind and big solar energy generation equipment. But if foreign devils like Harry Reid, Barack Obama, Angela Merkel, etc. are stupid enough to buy this junk at high prices, why not? It's not as if China's people can do anything about it.

Posted by Rajan Alexander at 7:08 PM