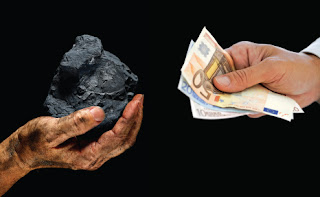 Starting on January 1, 2012, airlines flying to and from airports in the European Union (EU) will be forced into an emissions trading system that attempts to regulate CO2. The announced intention of this draconian cap-and-trade system is to save the world from the imagined ravages of anthropogenic global warming (AGW), but given the dire financial straits much of Europe finds itself in there is little doubt that Eurocrats will view this new policy as a potential source of revenue. Unfortunately, the new regulation threatens the entire structure of international air travel by unilaterally violating agreements that have been negotiated over decades. In seeking to avoid the imaginary dangers of global warming, the EU threatens the global air transport system with a very real CO2 Armageddon.

The 27 nation EU first imposed a cap-and-trade system in 2005, and last year the European Commission and European Parliament voted to explicitly include airlines in the system beginning in 2012. In essence, the new regulation imposes a carbon tax on jet fuel and taxing fuel used on international flights would violate International Civil Aviation Organization (ICAO) rules. While airlines have been actively pushing airframe and engine manufacturers to improve fuel efficiency of commercial airplanes—fuel cost is a major expense for air transport—those changes will take years to impact the world's air fleets. This is because airplanes, being very expensive, are often kept in service for decades in order to recoup their purchase cost.

Under the EU plan, carriers will receive credit for 85% of the CO2 they currently generate, with the credit declining over time. For emissions over the limit, the airlines will have to buy carbon credits from a CO2 trading market—part of the existing EU cap-and-trade system. If the tax only applied to emissions within the boarders of the EU it would not be so onerous, but the European bureaucrats in Belgium overreach themselves.

The EU will apply its emissions regulation to the entire leg of all flights entering or leaving any member state. In other words, if you are on a non-stop flight from Tokyo to Paris, the emissions for the entire flight are counted toward the airline's emissions quota. An editorial in the October 17 issue of Aviation Week & Space Technology put this scam in focus.

Here is what makes the EU policy so menacing to aviation's international order: It will apply to the entire stage length of flights. In other words, the ETS will apply not just to the CO2 produced in European airspace but for the entire flight. An airline flying from from New York to Dublin would have to pay more than one flying from Athens to Dublin, even though the latter would emit many times more pollution over the EU.

This draconian measure has been energetically opposed by the world's airlines, but to no avail. On October 6th, EU Judge Juliane Kokott, ruled that “the inclusion of international aviation in the EU emissions trading scheme is compatible with the provisions and principles of international law invoked.

”Using specious logic, it is her view that “the principles of customary international law and international agreements relied on do not give rise to any legal objections, not even in so far as the EU emissions trading scheme extends to sections of flights that take place outside the air space of Member States of the European Union.”

The excuse at the heart of the EU argument is that CO2 is a world wide problem and that emissions anywhere affect conditions in Europe. This is akin to the EU taxing tropical nations, where most deforestation is taking place, for affecting climate in Europe. There is no existing global agreement on how greenhouse gases should be regulated, and no international agreement that authorizes the EU's greedy tax grab. There is, however, an international agreement that regulates air commerce, the Chicago Accords. More formally known as the Chicago Convention on International Civil Aviation, it has been the foundation for air travel agreements among nations since 1944. In its first section, on sovereignty, it is clearly stated, “The contracting States recognize that every State has complete and exclusive sovereignty over the airspace above its territory.” Clearly the EU statue violates this fundamental assertion by regulating flight over other nations. The Air Transport Association (ATA) has stressed the international opposition to this European end run on existing international agreements. “ATA’s view that the extension of this unilateral, regional scheme to aviation violates international law is supported by more than 20 countries, (including Brazil, Russia, India, China, Japan, the United States and many others), which recently reconfirmed their opposition to the EU,” said Nancy Young, ATA VP for Environmental Affairs. Indeed, other countries are threatening to retaliate if the scheme goes into effect. India vows to reopen negotiations on air service agreements with European countries and retaliate if the European Commission does not step back from its plans.

“If they don’t call it off, we will retaliate,” Prashant Sukul, joint secretary of India’s Ministry of Civil Aviation, told Aviation Week. In fact, the EU action could trigger an international trade war that could bring the global air transport system crashing down.

“People (in other countries) have ideas about retaliatory measures, and they will act their way,” Sukul said. “If Russia doubles the overflight charges, European airlines will be out of business. They could no longer fly east of Europe.”

India has brought a proposal before the International Civil Aviation Organization's council opposing the EU's new policy. ICAO is the major governing body for international airline regulation. Of the 36 council members, 21 are signatories to India's declaration, so it is possible that the majority could vote to oppose Europe's move. What would happen then is anyone's guess.

The only ones who might profit from this regulatory insanity could be Norway and the nations of North Africa. Being adjacent to but outside of the 27 EU nations, their airports may become popular stops before continuing on to Europe in shortened final hops. Of course, including extra landings and takeoffs will burn more fuel, and create more CO2 emissions, than flying direct—the exact opposite of the EU's avowed purpose of reducing greenhouse gas emissions.

The motivation behind the EU's action is a mystery, given that the ICAO is developing an standard for commercial aircraft CO2 emissions that is to be unveiled by 2013. Only global warming alarmists would claim that injecting such chaos into international air commerce is worth the piddling impact of one year of the EU scheme. As noted in The Resilient Earth, all aviation contributes only 2% to the worlds GHG emissions.

Moreover, the International Air Transport Association (IATA) recently announced that its members have agreed to implement a program of emissions cuts. This will involve: Improving fuel efficiency by an annual average of 1.5% to 2020; Stabilizing emissions with carbon-neutral growth after 2020; And cutting emissions to 50% of 2005 values by 2050. IATA represents some 230 airlines comprising 93% of scheduled international air traffic. Yet the EU cannot wait to tax global air travel.

Is the EU trying to supplant the IPCC and the world's arbiter of green orthodoxy? Or are they trying to distract their dissatisfied and restless masses, currently riled up over the economic failure of socialism and taken to violent protest across the continent? Some EU member nations have suggested the ill thought out regulation be delayed, but there is little chance that the rampant greens in the European Parliament will bend to reason. The airlines are perceived as rich, plus most of them are foreigners, so taxed they shall be.

So if you are planing on visiting the historical sites of old Europe, best to do it soon. And Europeans who have planned a vacation to see other parts of the world should take action now, before the airline Armageddon is upon us. This is exactly the type of debacle you get when ignorant, self-serving politicians and mindless bureaucrats regulate in the name of climate change correctness. The public's fear of global warming may have abated, but the damage being done by climate alarmists continues. Unlike the damage predicted by eco-activists, the repercussions of this green insanity are real and will diminish the quality of life for every human being on Earth.

Be safe, enjoy the interglacial and stay sceptical.

Posted by Rajan Alexander at 1:47 PM