The Earth is getting younger 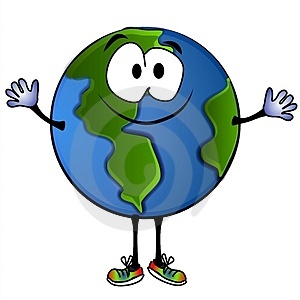 Analysis of the strange case of solar flares and radioactive elements, the radiometric time scale, the age of the Earth arguments, and the updates for a pair of geologic clocks indicates the Earth could be younger than previously thought.

The United States Geological Survey (USGS) reported that when French physicist Henry Becquerel discovered the natural radioactive decay of uranium in 1896, he opened the door to new perspectives in science. British physicist Lord Rutherford, following his defining of the atom’s structure, made the first proposition for employing radioactivity as a tool for directly measuring geologic time in 1905. Later, Professor B. B. Boltwood of Yale University published geologic ages derived from radioactive dating techniques in 1907. While Boltwood's ages have since been modified, his research demonstrated that geologic time duration should be measured in many thousands and millions of years.

According to USGS, many dated materials are available for analysis to categorize the episodes in the Earth’s history within precise epochs. However, many time scale points are being revised as the isotope behavior in the Earth's crust becomes more understandable. Therefore, many geologic-time-scale graphic illustrations, showing both radiometric and relative time, are representations of the scientific community’s knowledge limitations. Undoubtedly, scientific modifications and revisions will occur as research continues to improve our understanding of Earth’s history.

Talk Origins wrote that the generally accepted age for the Earth and the rest of the solar system is about 4.6 billion years. This conclusion originated from several various lines of evidence. Regrettably, the Earth’s age cannot be precisely determined by calculations derived from the materials on the planet. There are theories that energy from the Earth's enlargement caused the surface to become molten. Additionally, the processes of crustal recycling and erosion have apparently destroyed the Earth’s primeval surface. The Earth’s oldest rocks date to about 4 billion years old, according to several radiometric dating methods. Some sedimentary rocks include minerals that are 4.2 billion years old. Although these primeval rocks are rarely discovered, rocks that are 3.5 billion years old and younger have been found on Asia, Africa, Greenland, and North America. While these values cannot calculate the Earth’s age, they compute an approximate timeframe. This timeframe is consistent with the numerous derived dates of 4.6 billion years for the Earth's approximate age.

According to Ars Technica, radioactivity transformed the 20th century by illuminating the Earth’s dark primeval history. Geologists in Darwin’s time could only make educated guesses about the Earth’s age. The radiometric dating dawning permitted the scientific community to make realistic Earth age measurements and assign dates to the geologic record. Furthermore, Geochronology science demonstrates that there is more to discover and improve upon continually because a pair of science papers published recently in Science present changes to a few geologic clocks that will modify prior calculations for the Earth’s age.

The Johns Hopkins News-Letter reported that when hearing that the isotopic ratio for uranium has been measured to a more accurate value of 137.818, from a previous value of 137.88, many within the scientific community saw this measurement as a big deal because a recent study indicates that this small change means the Earth maybe 700,000 years younger. The study was conducted at the British Geological Survey. Radioactive dating is employed for the determination of rock ages that were formed during gigantic geologic time scales. In Uranium-Lead dating, the type discussed in this study, scientists measure the relative amount of U238 and U235 isotopes present in a sample, and then calculate the age. Their conclusions meant that geologists must now greatly reconsider many geological processes that they thought were fixed, including the age of planet.

According to a few geologists, the Earth is in fact growing at small rates expanding from a smaller size following its early formation. There is little doubt within the scientific community that each continent of the Earth once fitted together as a worldwide jigsaw puzzle on a smaller planet. The primeval Earth had a higher magnetic field, less gravitational strength, and greater atmospheric pressure during prehistoric times, which made it possible for large plants and animals to grow like the dinosaurs roaming the young planet. An expanding Earth could mean the planet is younger than previously thought because geologic catastrophism theorizes require less time during the Earth’s expansion. The Earth’s expansion also explains the current increase in earthquakes worldwide.

New scientific techniques and discoveries are pointing toward a younger age for the Earth. However, some science researchers who dated the Earth’s age employed methods that fit their presuppositions, and they sometimes produce calculations that fit their conjecture; therefore, their conclusions were not always derived through the scientific method. The scientific method involves a process of observation, hypothesis, experimentation, and theory. If scientists stay with the scientific method along with researching new dating methods, they will eventually discover the Earth’s approximate age. There are many questions that astrophysicists and geochronologists have about the universe’s radioactive decays rates in relation to the Earth’s age because the geochronology science has much room for miscalculations. Additionally, the radioactive decay variability rates have massive implications for medicine, for technology, and for the universe’s age.

Posted by Rajan Alexander at 11:41 AM