More confusion: Onset of monsoon may be delayed, says US agency 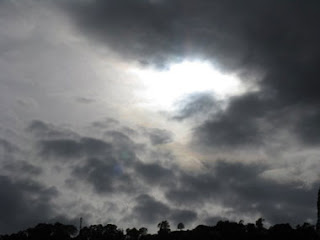 A leading US forecaster has contested India Meteorological Department's (IMD) forecast of monsoon onset on June 1. The Climate Prediction Centre (CPC) of the US National Weather Services is of the view that the onset could get delayed.

But it did not say by what extent.

Northern Indian Ocean includes and Arabian Sea, the Bay of Bengal and equatorial-central Indian Ocean to the south of Sri Lanka.

Meanwhile, the Sri Lankan Met department has been quoted as saying that the onset of monsoon over the island nation may not happen ‘until May end.'  The normal onset date here is around May 25, and the local Met Department is of the view that it may not happen that way.

Sri Lanka is the penultimate port of call for monsoon before it lashes the southwest coast of mainland India along Kerala. The culprit for the delay is a wave that travels high in the atmosphere and periodically across the Indian Ocean. It transits from the west (east Africa) and enters the Maritime Continent (Indonesia, et al) and the Pacific, influencing weather on ground over which it passes.

This is called the Madden-Julian Oscillation (MJO) wave, and has alternating dry and wet phases which set up attendant weather over ground.

The prevailing dry phase was expected to move to the east by this time, but the CPC expects it to linger over equatorial Indian Ocean until May-end.

The eastern parts of the region would benefit from the stand-off.  Not surprisingly, the CPC signals wet conditions over parts of South-east Asia.

Posted by Rajan Alexander at 2:07 AM