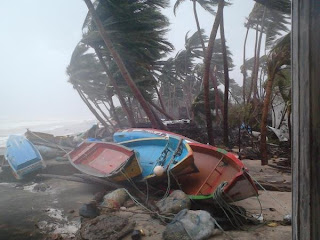 The real tragedy of cyclone ‘Thane’ which hit south west Tamil Nadu on 30 December is that it has already been forgotten by the media.

Yet, over 50 lives have been lost, an estimated one million people (yes, one million) have been affected: a whopping 200,000 homes destroyed, hundreds of fishing boats lost and tens of thousands of hectares of crops damaged. The Development Promotion Group (DPG), a Chennai based NGO immediately sent out a team to assess what they could do to help. DPG blends an experience that combines long-term development work  with quick and effective response to disasters. They are a well established NGO, having worked in South India since 1986 and on several occasions responded to disaster situations – including the tragic Tsunami of 2004. For more details how to partner these efforts, visit www.dpgsulo.org or write to Mr. Bhakther Solomon, CEO, DPG dpgroup@bsnl.in 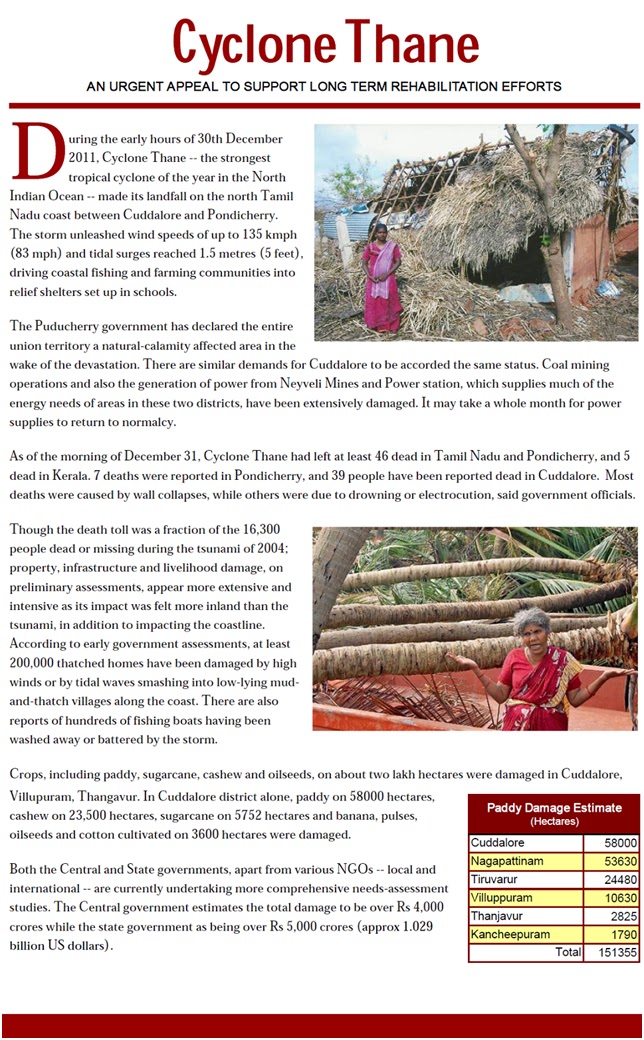 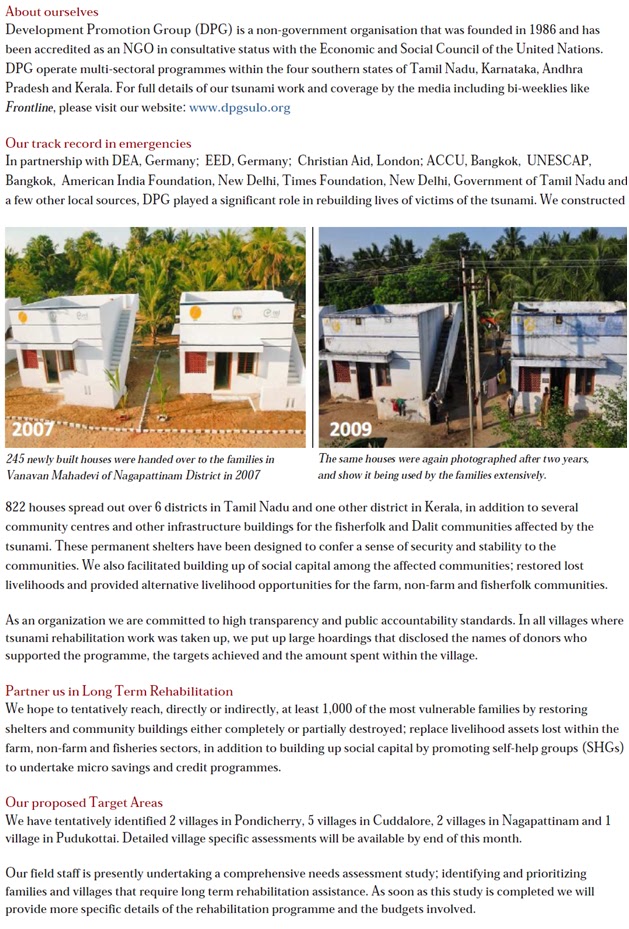 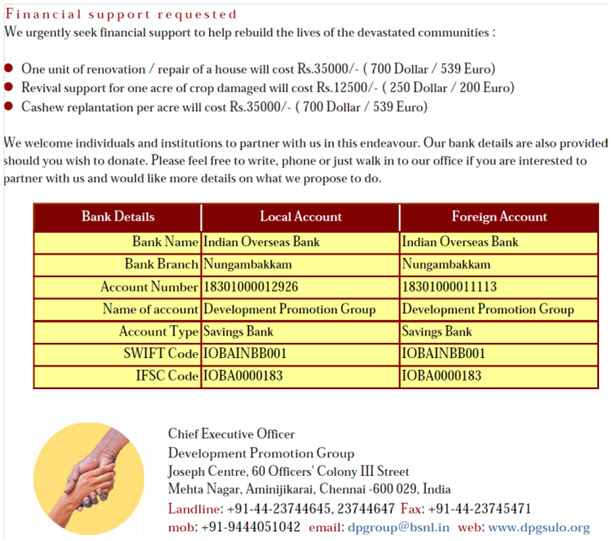 Posted by Rajan Alexander at 4:46 PM