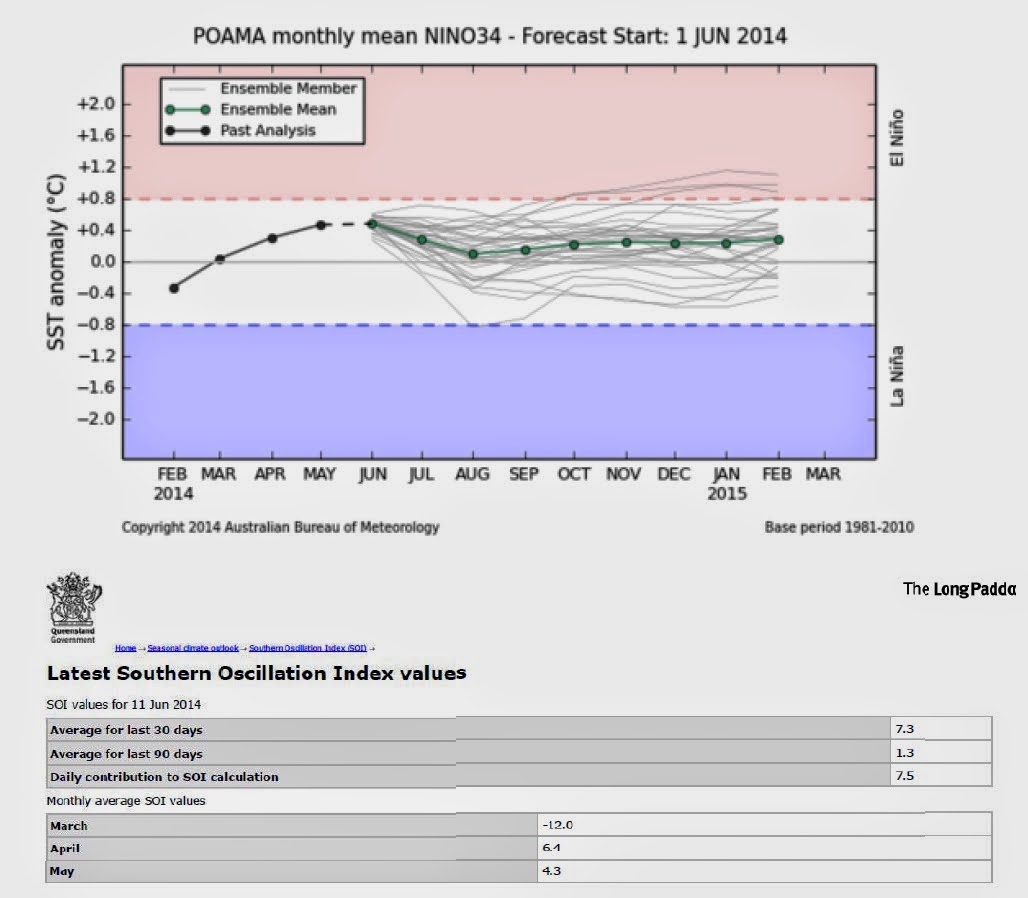 The Australian Bureau of Meteorology (BoM) latest model predictions indicate that the El Nino may have peaked and Sea Surface Temperatures (SST) in Nino3.4 are to rapidly decline during July.  According the US-NOAA, the latest value for Nino3.4 reduced from 0.7 deg C to 0.5 deg C during the last week.

Yet other international models have scaled up the probability for an El Nino episode this year to 90%. This is queer since not only Nino SSTs are stalling around El Nino thresholds, the atmosphere is yet to respond to rise in oceanic temperature increases as evidenced from the current 30 day average Southern Oscillation Index (SoI) value of 7.3 –which  is just a tad below La Nina threshold. The lack of coupling between SSTs and atmosphere is proving to be a forecaster’s nightmare. As long as SoI doesn't respond to STTs, no matter what Nino3.4 values could be doesn’t matter in firmly declaring an El Nino episode.

While climate and weather models are not reliable, maybe we can look at nature’s signals for more serious cues. Republished below is an interesting article on unusual fish movements which scientists claim could be a more reliable signal that a very large El Nino is on its way a la 1997-98. 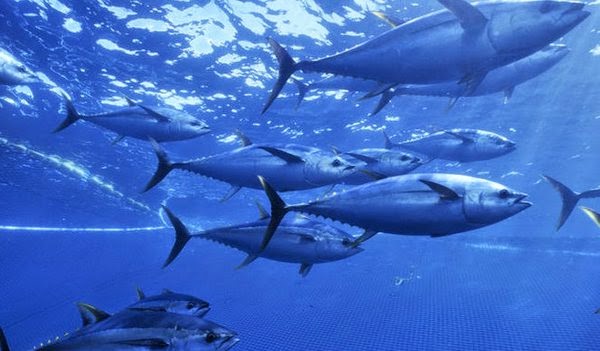 (Susan Murphy in KPBS) Above-average sea surface temperatures are developing in the tropical Pacific Ocean. The weather phenomenon, called El Niño, changes the heating pattern of the atmosphere and pulls the Pacific jet stream farther south. It has the potential to play havoc on weather systems across the globe, causing heavy rain and mudslides in some areas, drought in others, and disrupting the marine food chain.

Previous strong El Niños caused above-average rainfall and coastal erosion in San Diego. In 1997-1998, the event was credited with dumping 17 inches of rain at Lindbergh Field.

“This looks really a lot like the ’97-’98 El Niño event, which was one of the biggest ones ever recorded,”

“We’ll just have to wait and see how things develop in the summer,” he added.

“We’ve already started to see very unusual fish catches here,” Barnett said. “The first yellowfin tuna was caught in May — that has never happened before to anybody’s recollection.”

“And the other thing too is the first dorado Mahi Mahi — first of June," Barnett added, “that has never happened before. They really like the warm water and you normally don’t see them here until September.”

Barnett said both catches could be signatures of a coming large-scale El Niño. He said the tropical fish get caught up in currents caused by El Niño trade winds.

“They get entrapped in the current and they just swim along happily North,” Barnett said. “Unfortunately, it’s a one-way trip for most of them, it appears.”

In 1997-98, there were a lot of strange biological goings-on, Barnett added, like yellowtail being caught off Kodiac Island in Alaska. The tropical fish usually stops much farther south at Point Conception near Santa Barbara, California.

Posted by Rajan Alexander at 11:30 AM