Greenpeace campaigns often convey an image that it's just plain evil to even think of burning hydrocarbons to travel.  One of their campaigns even succeeded in stopping the runway expansion plans of Heathrow Airport aiming to de-congest the traffic in one of the world’s most significant airport hub.

Greenpeace in India is headquartered in Bangalore. So how seriously do they take their anti-flight ideology?

Visit Bangalore airport and the chances are that you will bump into a Greenpeace staff about to embark a plane to attend a conference or protest meeting. At least one staff member of Greenpeace is airborne every day! And their top management reportedly always fly first class! They log in flying miles in one life time which we ordinary mortals will find it difficult to overtake even after several rebirths!

If all this does not sound like crass hypocrisy, just take a good look at MV Esperanza, one of the ships of Greenpeace. Yes, you noticed right. That's sooty black smoke you are spotting!  You may say it can't be but that afraid is what it really is. This 72-meter, three-engined diesel electric propulsion giant which can cruise at 16 knots is a former Russian fire-fighting and emergency response ship. Needing to cut through ice, it’s designed with a very thick and heavy hull. Having a need to respond to emergencies, it’s also designed to be extremely fast at the same time.

So no surprise here. MV Esperanza is one hell of a guzzler of marine diesel, which is similar to ordinary diesel but comes in much cheaper, heavier and dirtier! Yet in India, Greenpeace activists have the thick skin to gherao (encirclement - a typically South Asian way of protest) offices of Airtel, India's top telecom provider. Why? Apparently, Greenpeace wants Airtel to switch off diesel!

Now if that is hypocrisy at its height, just take a look at their luxury rooms. It appears to be daytime, and yet curtains are drawn and electric lights are on. Apparently, all this talk of conserving electricity is only a campaign prank and nothing more for Greenpeace. But what really takes the cake is what's on the back of Greenpeace ship. A fast zippy little Hughes 500D single-rotor helicopter - one of the worst fuel efficient designs in the market! Yep. Greenpeace protesters will in fact be travelling in this ship and helicopter to "save the world". So when Greenpeace claims "the time is up for fossil fuels", they actually mean it's not. Or not for Greenpeace, for the very least. Welcome to the world of eco-hypocrites.  They project to the world that they are the ultra greens but when push comes to shove for reducing "carbon footprint" it is our sacrifice, not theirs as we know now! That’s not all. Their hypocrisy does not stop there. Anyone who expresses scepticism of global warming is accused by Greenpeace of being in the pay of oil companies, global corporations. Greenpeace campaign is oriented to convince the world that global warming scepticism is a mouthpiece for ExxonMobil and other oil companies. So it maintains a website that "exposes" donations of Exxon/Esso to various U.S. think-tanks. Dr Willy Soon, world renowned astrophysicist, attached to the Solar, Stellar and Planetary Sciences Division of the Harvard-Smithsonian Centre for Astrophysics is their latest victim. In December 2009 Greenpeace submitted a Freedom of Information Act (FOIA) request to the Smithsonian Institution asking for information about Dr Willy Soon's funders and any conflict of interest forms he may have submitted.

The latest Greenpeace report, "Case Study: Dr. Willie Soon, A Career Fuelled by Big Oil and Coal," reveals that $1.033 million of Dr. Soon's funding since 2001 had come from oil and coal interests. So let us apply the same standards that Greenpeace used and examine it with their own track record. Four significant issues immediately then can be raised.

The first is the whole issue of conflict of interest. Two weeks ago, the Intergovernmental Panel on Climate Change’s (IPCC) Special Report on Renewable Energy was released which concluded that the world could get 80% of its energy from renewables by 2050. One of the report’s 11 chapters is an analysis of 164 previously published scenarios looking at the energy mix over the next four decades under various assumptions. The scenario which had the highest penetration of renewables put the total at 77% by 2050 was undertaken by Sven Teske, a Greenpeace staff member with an engineering background. This revelation instantly raised alot of media stink revolving around the issue of the conflict of interests involving Teske, who is a paid renewable energy campaigner with Greenpeace. (Read here). Now if Greenpeace does not find Teske guilty of conflict of interest, they need to possess a very thick rhino skin to accuse Dr. Soon of committing one. Greenpeace apparently has one set of rules for itself and another for its rivals. The second issue is of the money itself. Granted that Dr. Soon's research was funded by fossil fuel interests, what in fact Greenpeace does not disclose or suppress, is where its own funding comes from and of others in this lucrative climate change industry. Visit the Greenpeace website and you will find no disclosure of their funding sources. But in a rare Greenpeace disclosure to the media, it admitted receiving two grants from Exxon, $10,000 in 1998 and $10,000 in 2000 (and perhaps much more undisclosed in other years). So what makes such funds to Dr. Soon despicable and to Greenpeace a virtue? Again we find double standards being applied. Read more: The Log in the Eye of Greenpeace

The third issue is the quantum of funding. Dr Soon is being vilified by Greenpeace for taking $ 1 million from fossil fuel interests over a period of a decade. But what Greenpeace suppresses to disclose is that climate activists receive from exactly the same sources a quantum that makes Dr Soon's fund receipts look like peanuts in comparison. For example on November 20, 2002 Exxon Mobil announced it would give $100 million to a  Stanford University project dedicated to researching new options for commercially viable, technological systems for energy supply and use which have the capability to substantially reduce greenhouse emissions. So here's an announcement, out in the full public domain which Greenpeace chose to display selective amnesia. But in the case of Willy Soon, they go to all the trouble of filing a FOIA complaint to dig out out his funding details! But selectivity had always been part and parcel of Greenpeace's climate campaign game. Global temperature goes up and down all the time. Whenever temperature spikes, Greenpeace activists breakout into their elements, creating mass hysteria by drawing attention to thermometer readings but as temperature plunges, as they are presently, they pretend the thermometer was never invented! 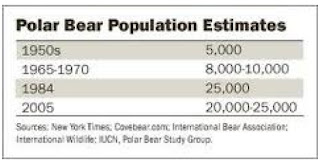 The fourth issue is why Greenpeace decided to pick on Soon and why not others?  Dr. Soon is their bête noire and according to their own admission, he made a career out of attacking the IPCC and climate scientists. That’s why.

In 2007, Soon co-authored a paper challenging the claim that climate change harms polar bears. Till then, led by Al Gore, declining population of polar bears became the mascot of global warmist movement.  Dr. Soon  also claimed that solar variability—i.e., changes in the amount of radiation coming from the sun—are to likely to be blamed for warming temperatures. He strongly argued that the 20th century was not a uniquely extreme climatic period. His most famous work challenged the "hockey stick" graph of temperature records published by Michael Mann, which showed a relatively sharp rise in temperatures during the second half of the 20th century. The fact that scientists’ livelihoods often depend to one degree or another on industry which have a large vested interest in the outcome of the climate change “debate,” does not automatically mean that their studies are necessarily biased. The bottom-line is that it is the validity of their science that ultimately counts. That Greenpeace’s science does not meet this criterion is illustrated by the fact that they were forced to retract their claim that the Greenland ice-sheets will disappear by 2030. 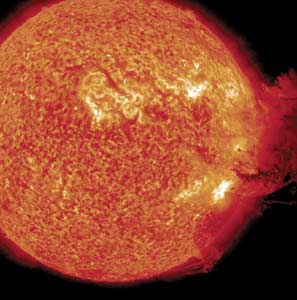 Dr. Soon on the other hand has many successes behind him.  His scientific explanation that that climate change does not harm polar bears has now been validated. His claim that the IPCC AR4 Report was bias had been also vindicated. The IPCC has since then accepted deficiencies and radically restructured its methods and procedures to ostensibly prevent its re-occurrence.. The 'hockey stick graph' has been proved a fraud so much so that the IPCC no longer uses it and Michael Mann who fabricated it is now the centre of many investigations for fraud. But it is really his theory of solar variability of climate where it appears he scored his most significant success. Back in 2005, two scientists predicted that solar sunspot activity would reach zero by 2015. When this paper was written, sunspot activity was fairly high and they were rebuked by the global warming scientists. Their paper was refused publication supposedly because it was based on only statistical evidences. But today almost all the leading climate research centres in the world is taking an extremely close note of this paper and stampeding to initiate their own studies related to solar variability in climate. This includes the IPCC who in their previous reports considered the solar factor irrelevant in climate change! Why the sudden interest in sunspots we may ask? It so happens that lack of sunspot activity during the years 1420-1570, 1645-1715 and 1790-1830 corresponds to periods of global cooling! The sun is currently hibernating and NASA itself now predicts sunspots total disappearance by 2015. If history repeats itself, then we are standing at a precipice of a climate flip. Dr. Soon by his theory has become an instant celebrity within the climate scientific community and hence the imperative to blacken Dr.Soon’s credibility. Greenpeace apparently accepted, to use the allegory, this supari (contract killing). While who was the contractor and how much Greenpeace was paid for this supari remains unclear, one blog gave an interesting argument why the likes of Greenpeace rather than Soon are merely pawns of the fossil fuel industry:

"The truth is that the big oil companies are controlled by the same people who finance the environmental movement through tax exempt foundations. Their objective is to monopolize the world's fossil fuel reserves and turn the tap off. They want to charge you £1 a mile to drive your car, whilst they traverse the globe in private jets and helicopters.

With their vast holdings in banks, pharmaceuticals and media companies, the Rockefellers are not going to have one less creature comfort or any less political power if their oil company is worth $100 billion rather than $200 billion. Exxon may even grow in size if oil prices increase exponentially whilst consumption falls. Either way, the Money Trust will massively increase their power over the rest of us by reducing our standard of living.  Greenpeace has swallowed Exxon's bait hook, line and sinker."

Just think about this! Greenpeace helping fossil fuel industry to rake in the moolahs!

Posted by Rajan Alexander at 10:37 AM