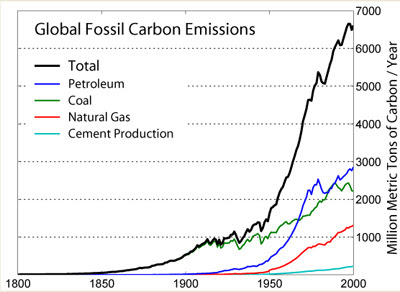 The central tenet of the global warming hysteria is the claim that global temperature rises corresponding to a rise in CO2 in the atmosphere. Consequences of C02 levels of 650 ppm in the atmosphere according to the Inter-governmental Panel on Climate Change (IPCC) are as follows:

The first stabilization target of 550 ppm was suggested in the mid 1990s. This number is double the concentration of pre-industrial times and commonly was used for computer modeling of future climate scenarios at the time. The Stern Review adopted 550 ppm as the upper bound for acceptable CO2 emissions based mainly on economic cost-benefit analysis of climate change mitigation.

More recently, studies by many scientific agencies and the European Union have concluded that 550 ppm is not a sufficient stabilization target, and that passing the threshold of 450 ppm is quite likely to result in severe climatic shifts. An atmospheric CO2 concentration of 450 ppm translates to a temperature increase of about 2 deg C.

The concentration of carbon dioxide (CO2) in Earth's atmosphere is approximately 391 ppm (parts per million) by volume as of 2011 - a record high since pre-industrial levels. But to the consternation of global warmists there is no evidence of accelerated global warming since 1998. Instead 2011 may go down as one of the coldest in the last three decades.

The result is an explosion of rationalization viz. a defense mechanism that takes to justifying why their models had gone awry instead of reconciling to the reality that they were simply wrong. The following are the rationalizations:

1. Its China’s and India’s Power Plants to Blame 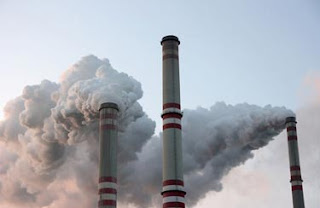 It is well known that stratospheric aerosols cool the surface of the Earth by reflecting some of the Sun's energy back into space. These are tiny solid or liquid particles suspended within the air and can include sea salt and dust, as well as sulphur dioxide given off by volcanic explosions or the burning of fossil fuels. The concentration of stratospheric aerosols can rise enormously in the aftermath of major volcanic events, and this can lead to a notable drop in global temperatures. However, recent data show that the quantities of aerosols in the stratosphere can vary significantly even in the absence of major eruptions, particularly owing to the effects of moderate eruptions and probably also because of human activities. The study, by National Oceanic and Atmospheric Administration (NOAA), suggests that rapid industrial growth in Asia, particularly China, where air pollution controls are not as strict as North America or Europe has seen large emissions of global-cooling sulphur pollution into the atmosphere since 2000. This may explain why it is that, when global warming emissions of carbon dioxide rose sharply along with this industrial expansion, global temperatures over the decade did not rise any higher than the record year of 1998. The 2000s were measurably warmer than the 1990s with more very warm years at the top at the top of the historical range. But only in 2010 did any single-year average global temperature reach that of 1998, and this has seen climate change sceptics argue that global warming has stopped. Satellite data reveal that stratospheric aerosols increased by about 7% a year between 2000 and 2010. This implies a change in the Earth's radiative forcing – a measure of the imbalance between the Earth's incoming and outgoing energy – of about –0.1 Wm–2. As the researchers point out, this compares to an annual change in atmospheric carbon dioxide of about 0.5% a year and an overall increase in radiative forcing over the last decade of +0.28 Wm–2, making the contribution of the aerosols small but "significant". Levels of stratospheric aerosols must be taken into consideration in future climate projections. The researchers say that any climate models that neglect changes to these levels relative to the year 2000 are likely to overestimate warming if aerosol concentrations remain constant or continue to increase. Read More: Environmental Research Web
2. Volcanoes to be blamed 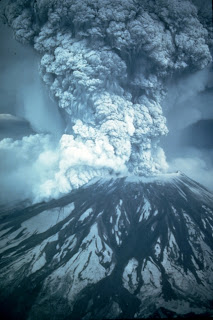 Karen Harpp, an assistant professor of geology at Colgate University, suggests that the more substantive climatic effect from volcanoes results from the production of atmospheric haze. Large eruption columns add ash particles and sulphur-rich gases into the troposphere and stratosphere and these clouds can circle the globe within weeks of volcanic activity. The small ash particles decrease the amount of sunlight reaching the surface of the earth and lower average global temperatures. The sulphurous gases then combine with water in the atmosphere to form acidic aerosols that additionally absorb incoming solar radiation and scatter it back out into space.

Initially, scientists believed that the volcanoes’ stratospheric ash cloud had the dominant effect on global temperatures. However, the eruption of El Chichon in Mexico 1982 altered this perception. Two years prior, the eruption of Mount St Helens had lowered global temperatures by about 0.1 degrees Celsius. Contrastingly, the smaller eruption of El Chichon, had three to five times the global cooling effect worldwide.. The atmospheric effects of volcanic eruptions were confirmed following the 1991 eruption of Mount Pinatubo, in the Philippines. Pinatubo’s eruption cloud exceeded to reach 40 kilometres into the atmosphere and expelled around 17 million tons of sulphur dioxide (just over twice that of El Chichon).

Georgiy Stenchikov, research professor with the Department of Environmental Sciences at Rutgers University stated, “Volcanic eruptions cause short-term climatic changes and contribute to natural climate variability”. Furthermore, he added that “exploring the effects of volcanic eruptions allow us to better understand important physical mechanisms in the climate system that is initiated by volcanic forcing”. Stenchikov and Professor Alan Robock of Rutgers University with Hans Graf and Ingo Kircher of the Max Planck Institute for Meteorology performed a series of climate simulations that combined volcanic aerosol observations with upper atmosphere research satellite data from the Goddard Space Flight Center.

The research team ran a general circulation model with and without Pinatubo aerosols for the two years following the Pinatubo eruption. In order to study the sensitivity of climate response to sea surface temperatures, they conducted calculations with climatology mean sea surface temperature, as well as those observed during particular El Nino and La Nina periods.

Not only is the global warmist lobby slowly admitting there is no evidence of accelerated warming but more significantly, there is a reluctant admission of the inadequacy of IPCC’s GCM models and that the theory of the centrality of CO2 as the major climate driver has been exposed as punched with full of holes:


1. The theory of all heat are trapped by the atmosphere debunked by new peer research 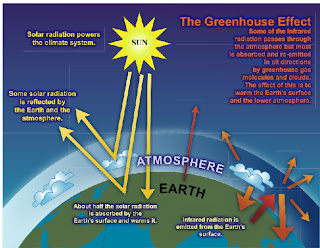 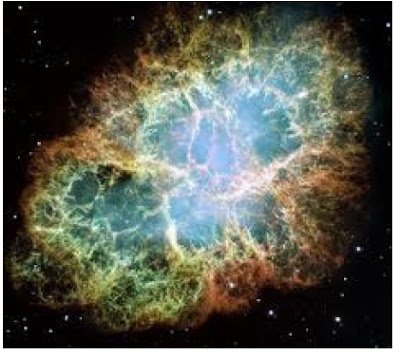 The bottom line of all this is that, when there are few or no sunspots, the protective field around the earth is weak and above-average numbers of cosmic rays reach the atmosphere of the earth. When there are many sunspots, a strong field results and there are less than average GCRs reaching our atmosphere. What we see, and what Rao pointed out, is that more GCRs mean more cloud cover over the earth and then global cooling results. With many sunspots evident, global warming results. The principle is simple: with more clouds, less heat reaches the earth because it is stopped by the clouds.

CERN is the European Center for Nuclear Research. Founded in 1954 and located on the Swiss-French border, it is one of the world’s largest and most respected centers of physics research. Through the use of particle accelerators and detectors, CERN physicists discover the laws of nature and their interaction.

The CLOUD experiment tests the 1996 theory of Henrik Svensmark, director of the Center for Sun-Climate Research at the Danish Technical University in Copenhagen. Svensmark and others, including the United Nation's Intergovernmental Panel on Climate Control (IPCC), agree that clouds are a primary influence on climate. However, they disagree on what causes clouds to form.

The IPCC disagrees with Svensmark on why clouds form. The anthropogenic crowd completely discounts solar activity, insisting that manmade carbon dioxide emissions are the determining factor. They ignore the Dane’s 2006 experiment showing cosmic rays and the sun’s impact on them as the main causes of our cloud cover. CERN did not show a similar disdain. It's CLOUD experiment, which began in 2009, determines the validity of the 2006 research.

Posted by Rajan Alexander at 12:00 PM