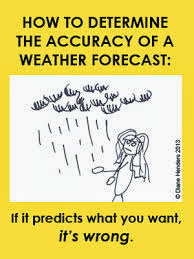 (NDTV) India Meteorological Department or IMD stood vindicated on Sunday morning over its predictions for Cyclone Phailin which were consistently below those from foreign meteorologists who foresaw higher wind speeds and greater damage.

"They have been issuing over-warnings, we have been contradicting them,"

"As a scientist there is always a difference of opinion," he added.

The IMD maintained throughout that Phailin was a "very severe" storm with sustained windspeeds of around 220 kilometres an hour (140 miles per hour), one category below a "super-cyclone".

It also put the expected storm surge at three metres (10 feet), far lower than the six metres predicted by some foreign experts.

When it made landfall at around 9pm on Saturday night, Phailin was packing winds of 200-210 kilometres per hour, according to IMD data.

Indian weather experts have repeatedly answered questions about news reports drawing parallels between Phailin and Hurricane Katrina in 2005 in the United States with barely concealed contempt.

The IMD benefits from more accurate wind speed readings through radar and coast guard reports as well as the satellite images used by other foreign forecasters, a top official explained on Saturday.

Foreign groups such as the US Navy's Joint Typhoon Warning Center (JTWC), Britain's Met Office and a host of private forecasters such as London-based Tropical Storm Risk assessed Phailin as a "super cyclone".

The JTWC said gusts could reach as high as 315 kilometres an hour.

Posted by Rajan Alexander at 2:10 PM