Radiation from the Chernobyl and Fukushima nuclear accidents may not have been as harmful to wildlife as previously thought. 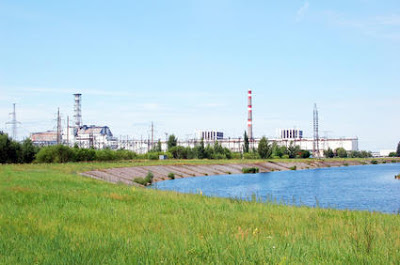 New research by Professor Jim Smith, of the University of Portsmouth, and colleagues from the University of the West of England has cast doubt on earlier studies on the impact on birds of the catastrophic nuclear accident at Chernobyl in April 1986.

Their findings, published in the Royal Society journal Biology Letters, are likely to also apply to wildlife at Fukushima in Japan following its nuclear disaster in 2011 and represent an important step forward in clarifying the debate on the biological effects of radiation.
Professor Smith, an environmental physicist at the School of Earth and Environmental Sciences, said:

“I wasn’t really surprised by these findings – there have been many high profile findings on the radiation damage to wildlife at Chernobyl but it’s very difficult to see significant damage and we are not convinced by some of the claims.

“We can’t rule out some effect on wildlife of the radiation, but wildlife populations in the exclusion zone around Chernobyl have recovered and are actually doing well and even better than before because the human population has been removed.”

Until now, scientists had thought radiation had a dramatic effect on bird populations following the Chernobyl disaster because it had caused damage to birds’ antioxidant defence mechanisms. But Professor Smith and colleagues have, for the first time, quantified this effect. Their study modelled the production of free radicals from radiation, concluding that the birds’ antioxidant mechanisms could easily cope with radiation at density levels similar to those seen at Chernobyl and Fukushima.

“We showed that changes in anti-oxidant levels in birds in Chernobyl could not be explained by direct radiation damage. We would expect other wildlife to be similarly resistant to oxidative stress from radiation at these levels.

“Similarly, radiation levels at Fukushima would not be expected to cause oxidative stress to wildlife. We believe that it is likely that apparent damage to bird populations at Chernobyl is caused by differences in habitat, diet or ecosystem structure rather than radiation.

“It is well-known that immediately after the Chernobyl accident; extremely high radiation levels did damage organisms. But now, radiation levels at Chernobyl are hundreds of times lower and, while some studies have apparently seen long-term effects on animals, others have found no effect.

Some Belarussian and Ukrainian scientists who live and work in the Chernobyl exclusion zone have reported big increases in wildlife populations since the accident, due to the removal of humans from the area."

Professor Smith has studied contamination at Chernobyl for more than 20 years and regularly visited the exclusion zone for his research. He is author of a major book about the incident, Chernobyl: Catastrophe and Consequences, and is a former member of the International Atomic Energy Agency Chernobyl forum.

Posted by Rajan Alexander at 4:31 PM