Cyclone Nilam: Kalpakkam Gets Another Chance to Prove How Safe Atomic Power Plants Are 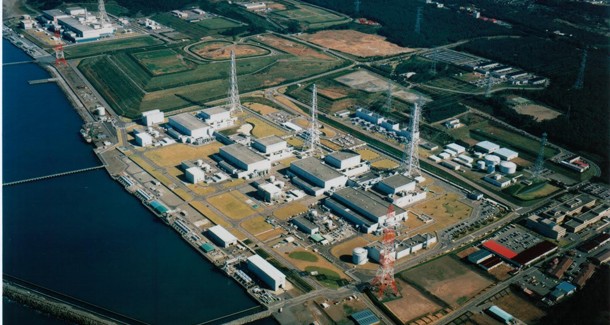 (Times of India) Necessary precautions have been taken at the Kalpakkam atomic power project to meet any eventuality after cyclone Nilam crosses the coast on Wednesday, said top officials at the nuclear facility at Kalpakkam.

"We have insured our assets. Further we have taken necessary precautions against power outage and measures to clear the trees that may fall across the roads. We do not expect any flooding of our facilities due to the cyclone,"

A breeder reactor is one that breeds more material for a nuclear fission reaction than it consumes. The Prototype Fast Breeder Reactor (PFBR) will be fuelled by a blend of plutonium and uranium oxide, called MOX fuel. While the reactor will break up (fission) plutonium for power production, it will also breed more plutonium than it consumes. The original plutonium comes from natural uranium. Kumar said the construction crane has been parked in a safe place to avoid risk of any damage and search lights have been set up to light up the campus.

"The sodium tanks (sodium is the coolant in the reactor) have been fully covered to prevent any risk of water contact. Fire fighting equipments are also in place," he said.

According to Kumar, nobody is permitted to work on the jetty as the wind speed is high. He said the cyclone and the rain is an opportunity to check for seepages and leakages in the newly-constructed buildings.

"The hide tide will not affect us as the plant is located at a higher elevation," Kumar said.

The weather department has forecast that waves would rise up to 1 to 1.5 metres due to cyclone Nilam. The construction work got delayed in 2004 when the huge pit dug up was filled by Tsunami waters. The Nuclear Power Corporation of India Ltd (NPCIL) having its two 220 MW reactors at Kalpakkam is also geared to meet any situation that may arise following the impending cyclone.

In a statement issued here, K Ramamurthy, station director, Madras Atomic Power Station (MAPS) said all structures and equipments were designed to withstand even a wind velocity of 160 kmph. The weather department has forecast wind speed of around 80 kmph when cyclone Nilam crosses the coast and gusting at 100 kmph. Ramamurthy said even if the cyclone intensifies, problem may hardly arise with transmission towers.

"All agencies have been given instructions for remedial measures and kept on standby alert. Additional personnel have been deployed to maintain vigil on important systems," Ramamurthy said.

In December 2011, when cyclone Thane ripped across coastal Cuddalore district with wind speed touching 140 kmph, it was business as usual at MAPS with its two units generating power. After being stationary for a long time over Bay of Bengal, cyclone Nilam is now moving towards landfall and is expected to cross Tamil Nadu and Andhra Pradesh coasts Wednesday evening.

"The system (cyclone) is moving at around 10-12 kmph and is expected to cross the coast between Chennai and Cuddalore (in Tamil Nadu) or between Cuddalore and Nellore (Andhra Pradesh)," Y.E.A. Raj, deputy director general, India Meteorological Department (IMD), told IANS.

He said the cyclone was stationary for a long time, but is now moving and is around 320 km off Chennai coast.Stating that there was nothing unique about Nilam, Raj said there will be three or four cyclones over Bay of Bengal and these would go towards Myanmar, West Bengal or Bangladesh.