How the Green Taliban spreads its poison gospel 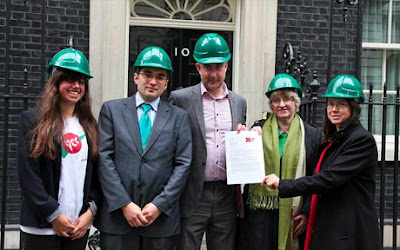 (James Delingpole in Telegraph) Its useful idiots in the media – are lying to us about the state of the economy, thus making it impossible for those not prepared to dig beneath the surface spin to make an informed judgement.

But what Greenpeace and WWF and the rest of the Green Taliban are up to, and more often than not get away with, is more frightening still. After all, we half expect our government to lie to us and at least we have a process whereby we can boot them out of office. With the New World Order eco-fascists of the Green Taliban there is no such corrective.

There they are every day, pumping out junk science and Mickey Mouse economics reports which then get written up – virtually straight off the press release – by unquestioning, starry-eyed environment correspondents and served up to a gullible public which believes it must be true because otherwise it wouldn't be on Radio 4 would it? Not only that, but all too frequently they're invited to participate in high-level government discussions on environmental policy, as if somehow, they were disinterested ecological experts rather than hardcore green activists.

You may have noticed that WWF are trying to persuade you to buy cuddly toys from them in order to save the tiger this Christmas. If those toys were shaped like wind turbines it would be nearer the truth.

To read the full article:
http://blogs.telegraph.co.uk/news/jamesdelingpole/100192907/how-the-green-taliban-spreads-its-poison-gospel/

Posted by Rajan Alexander at 8:37 AM