The Spectator: Why 2012 was the best year ever 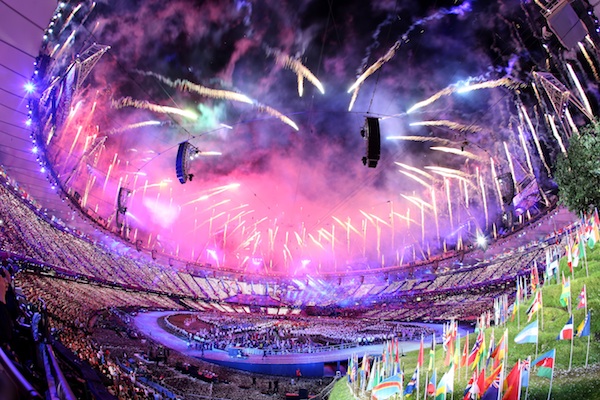 (The Spectator) It may not feel like it, but 2012 has been the greatest year in the history of the world. That sounds like an extravagant claim, but it is borne out by evidence. Never has there been less hunger, less disease or more prosperity. The West remains in the economic doldrums, but most developing countries are charging ahead, and people are being lifted out of poverty at the fastest rate ever recorded. The death toll inflicted by war and natural disasters is also mercifully low. We are living in a golden age.


To listen to politicians is to be given the opposite impression — of a dangerous, cruel world where things are bad and getting worse. This, in a way, is the politicians’ job: to highlight problems and to try their best to offer solutions. But the great advances of mankind come about not from statesmen, but from ordinary people. Governments across the world appear stuck in what Michael Lind, on page 30, describes as an era of ‘turboparalysis’ — all motion, no progress. But outside government, progress has been nothing short of spectacular.


Take global poverty. In 1990, the UN announced Millennium Development Goals, the first of which was to halve the number of people in extreme poverty by 2015. It emerged this year that the target was met in 2008. Yet the achievement did not merit an official announcement, presumably because it was not achieved by any government scheme but by the pace of global capitalism. Buying cheap plastic toys made in China really is helping to make poverty history. And global inequality? This, too, is lower now than any point in modern times. Globalisation means the world’s not just getting richer, but fairer too.


The doom-mongers will tell you that we cannot sustain worldwide economic growth without ruining our environment. But while the rich world’s economies grew by 6 per cent over the last seven years, fossil fuel consumption in those countries fell by 4 per cent. This remarkable (and, again, unreported) achievement has nothing to do with green taxes or wind farms. It is down to consumer demand for more efficient cars and factories.


And what about the concerns that the oil would run out? Ministers have spent years thinking of improbable new power sources. As it turns out, engineers in America have found new ways of mining fossil fuel. The amazing breakthroughs in ‘fracking’ technology mean that, in spite of the world’s escalating population — from one billion to seven billion over the last two centuries — we live in an age of energy abundance.


Advances in medicine and technology mean that people across the world are living longer. The average life expectancy in Africa reached 55 this year. Ten years ago, it was 50. The number of people dying from Aids has been in decline for the last eight years. Deaths from malaria have fallen by a fifth in half a decade.


Nature can still wreak havoc. The storms which lashed America’s East Coast in October proved that. But the speed of New York City’s recovery shows a no-less-spectacular resilience. Man cannot control the weather, but as countries grow richer, they can better guard against devastation. The average windstorm kills about 2,000 in Bangladesh but fewer than 20 in America. It’s not that America’s storms are mild; but that it has the money to cope. As developing countries become richer, we can expect the death toll from natural disasters to diminish — and the same UN extrapolations that predict such threatening sea-level rises for Bangladesh also say that, in two or three generations’ time, it will be as rich as Britain.


War has historically been humanity’s biggest killer. But in most of the world today, a generation is growing up that knows little of it. The Peace Research Institute in Oslo says there have been fewer war deaths in the last decade than any time in the last century. Whether we are living through an anomalous period of peace, or whether the risk of nuclear apocalypse has proved an effective deterrent, mankind seems no longer to be its own worst enemy. We must bear in mind that things can fall apart, and quickly. Germany was perhaps the most civilised nation in the world in the 1920s. For now, though, it is worth remembering that, in relative terms, we have peace in our time.


Christmas in Britain will not be without its challenges: costs are rising (although many children will give quiet thanks for the 70 per cent increase in the price of Brussels sprouts). The country may be midway through a lost decade economically, but our cultural and social capital has seldom been higher — it is hard to think of a time when national morale was as strong as it was during the Jubilee and the Olympics. And even in recession, we too benefit from medical advances. Death rates for both lung and breast cancers have fallen by more than a third over the last 40 years. Our cold winters still kill people, but the number dying each year halved over the past half-century. The winter death toll now stands at 24,000 — still unacceptable in a first-world country, but an improvement nonetheless. Britain’s national life expectancy, 78 a decade ago, will hit 81 next year.


Fifty years ago, the world was breathing a sigh of relief after the Cuban missile crisis. Young couples would discuss whether it was responsible to have children when the future seemed so dark. But now, as we celebrate the arrival of Light into the world, it’s worth remembering that, in spite of all our problems, the forces of peace, progress and prosperity are prevailing.

Posted by Rajan Alexander at 3:18 PM