Accuweather: Northern India to Endure Scorching Heat and Drought Due to Weak Monsoon 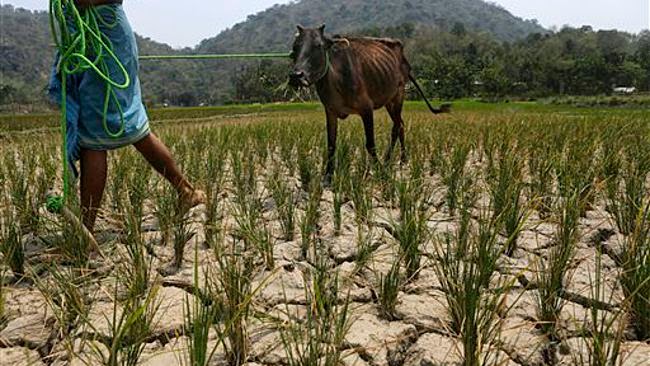 (Eric Leister in Accuweather) The yearly advance of the southwest monsoon is vital to both people and agriculture across India and rest of the Indian subcontinent.

The normal onset of the southwest monsoon occurs during the second half of May across Myanmar before reaching southern India at the beginning of June.

This year the monsoon was actually several days ahead of schedule reaching Myanmar, but it has stalled over the Bay of Bengal during the past week.

As a result, the onset of the monsoon in southern India will likely be up to a week late across parts of the south, but the beneficial rains are forecast to increase during the second week of June.

With an El Nino expected to build during the second half of the year, rainfall across central and northern India could be impacted greatly.

As a result, the northward advance of the southwest monsoon is forecast to be delayed for most of central and northern India allowing temperatures to soar well above normal for much of the month of June.

Several long stretches of temperatures over 42 C (108 F) are possible in New Delhi and the surrounding region. 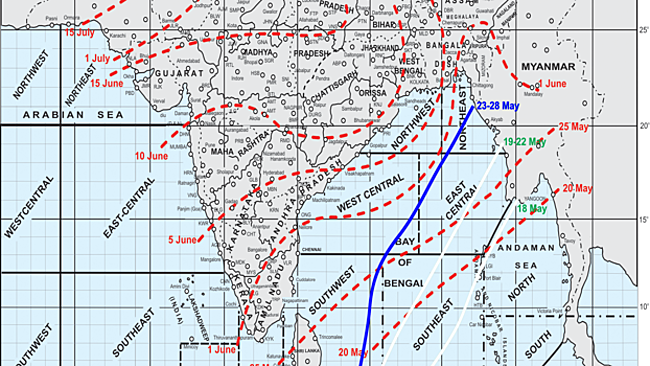 Long-range forecasts are for below-normal monsoon rainfall in these areas, stretching into neighboring Pakistan. Concerns continue to rise that a drought will develop across northwest India and Pakistan as a result of prolonged dry and hot weather followed by a weak monsoon.

India is a large supplier of rice and cotton globally, and these crops could suffer greatly as a result of the impending hot and dry conditions. According to Accuweather.com Commodity Weather Expert Jason Nicholls,

"Both crop yields and quality are likely to be impacted by drought later this summer in northwest India and Pakistan."

Farther south, the monsoon should arrive before the full impact of the oncoming El Nino occurs. The best chance for a near-normal monsoon will be in the southwest.

With rainfall expected to be below normal for much of India during this monsoon season, any rainfall from tropical cyclones would be increasingly important.

The Bay of Bengal will likely produce several tropical cyclones during the summer months as a near-normal season is anticipated. Although flooding is always a threat from landfalling tropical cyclones, this will be offset by the positives of rainfall during a stretch of otherwise below-normal rainfall.