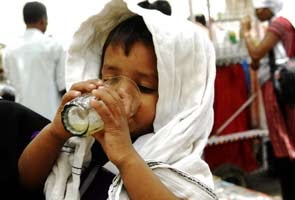 (Nikita Mehta in LiveMint) Northern India is unlikely to get a respite from the scorching heat searing the region until late June amid expectations that the monsoon would be delayed, scientists at the Indian Institute of Meteorology said on Friday.


According to the institute, after the monsoon arrives in Kerala, its strength and progression will slacken by 15 June, and it will reach central India only by 20 June as a feeble current. Last year, the monsoon had covered the entire country by 16 June.


A heatwave, with maximum temperature hovering around 45 degrees Celsius, has tightened its hold over Haryana, Delhi, Chandigarh, Uttar Pradesh, Rajasthan, Gujarat and Maharashtra. In late April, a heatwave had swept through Odisha and Bihar.


Meteorological organisations have also been warning about the possibility of the El Nino weather phenomenon developing off the Pacific coast of South America. El Nino is usually accompanied by deficient rainfall in India. That has raised concerns on the food production front as well.


According to the India Meterological Department (IMD), there is a 60% chance of El Nino forming this year. A 1998 study by R.K. Mukhopadhyay of IMD and others found that a heatwave in 1998 was linked to the El Nino in 1997, and that the number of casualties from severe heatwaves was more during the years succeeding an El Nino occurrence.


Last year, 927 deaths were reported from Andhra Pradesh alone; records show that 1,247 people died of heat stroke in 2012 across India.


This year, the National Disaster Management Authority (NDMA) has yet to receive information on casualties from the home ministry, which gets the data from the state governments every year.

“None of the states have sent any data this year,” an NDMA spokesperson said.

Though they can be forecast five to 10 days earlier,

“heatwaves are not considered important in India and emergency systems are weak”,

said an official from the ministry of earth sciences who didn’t want to be named.

Posted by Rajan Alexander at 10:21 AM