Monsoon will set in anytime after June 5 piggbacking on a favourable MJO, 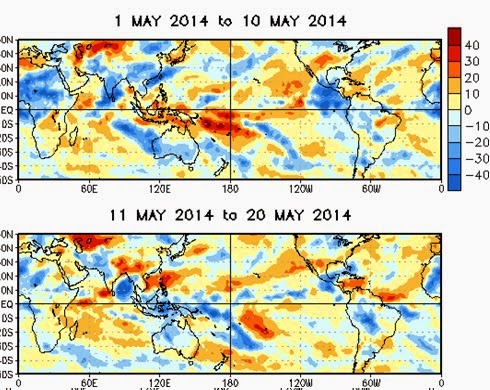 According to international models, the Madden Julian Oscillation (MJO) looks extremely positive May 1 -10 and for the next 10 days the country should witness a dry spell except in the North-Western region. From May 20-30, prospects of rains looks very bleak for almost the entire country. It looks as for June, monsoon rains will end up in significantly deficient. And if this is the start to the season even when the El Nino has not yet developed, shudder the thought what July-September could be!!! 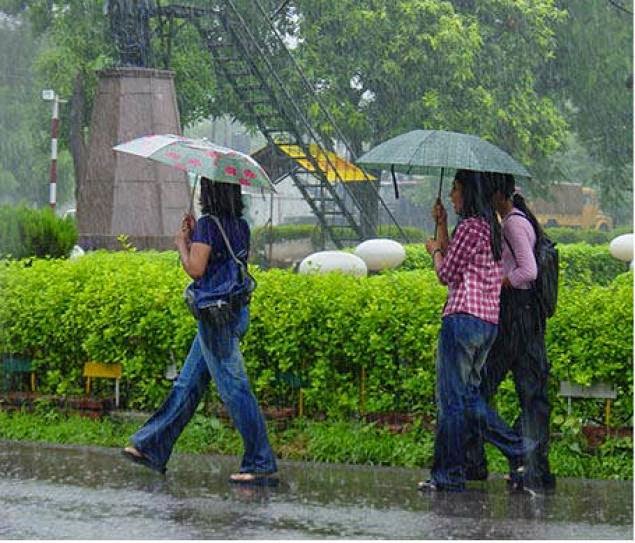 (VinsonKurian in HinduBusinessLine) The US Climate Prediction Centre sees a spurt in rainfall activity over the Kerala coast and adjoining peninsular India after June 4.

This should culminate in the onset of the monsoon over the south-west coast anytime after June 5, possibly the following day itself, as per a survey of various models.

The week beginning June 8 is likely to see heavy to very heavy rainfall along the Kerala and Karnataka coasts.

The US forecaster has also said that the monsoon will piggyback a Madden-Julian Oscillation (MJO) wave transiting the east African coast concurrently.

The MJO wave travels periodically across the Indian Ocean in the higher levels of the atmosphere but sets off clouds and rain-bearing systems such as low-pressure areas and monsoon depressions.

Its movement has also been associated with the onset of monsoon in the past though delayed by a few days this year.

Confidence in the eventuality is currently low, the US agency said, but the likelihood of churn developing in the south-east Arabian Sea (off Kerala coast) around June 6 was not being ruled out.

Wind profile projections by the India Met Department too indicated the possibility of cyclonic circulation developing over the Lakshadweep Islands around this time.

The Australian Bureau of Meteorology too hinted at a weak MJO event in the western tropical Indian Ocean over the next few days and moving slowly eastwards towards India.

If this were to happen, it could enhance cloudiness over the tropical Indian Ocean and enhance monsoonal activity in the Bay of Bengal.

This would increase the likelihood of tropical cyclone development in the northern Indian Ocean (comprises the Arabian Sea and the Bay).

A Taiwanese cyclone tracker agreed, but doubted if the weather system would reach cyclone strength anytime during its stay over waters for the next few days.

A cyclone is something an orderly onset of the monsoon could dispense with. This is because a cyclone early in the season causes entire moisture carry wasted even before the monsoon current can move north.

The Taiwanese tracker sees a low-pressure area at best looking to move north along the west coast right up till southwest Gujarat from where it will be steered off to the Karachi.

This would make for ideal conditions for the monsoon to progress along the west coast and take the Arabian Sea arm of the monsoon to where it should reach by that time – central India.

But monsoon watchers say these are early days yet and a lot can happen from now and the actual onset and onward track of the monsoon over the landmass.

The European Centre for Medium-Range Weather Forecasts says that the monsoon would be firmly established by June 7 with the likely formation of a matching ‘low’ in the Bay of Bengal too.

Monsoon watchers cannot possibly ask for a better scenario since an in ideally configured ‘low’ in the Bay so early into the season can do wonders with the progress of the monsoon into north and north-west India.

Posted by Rajan Alexander at 10:56 PM