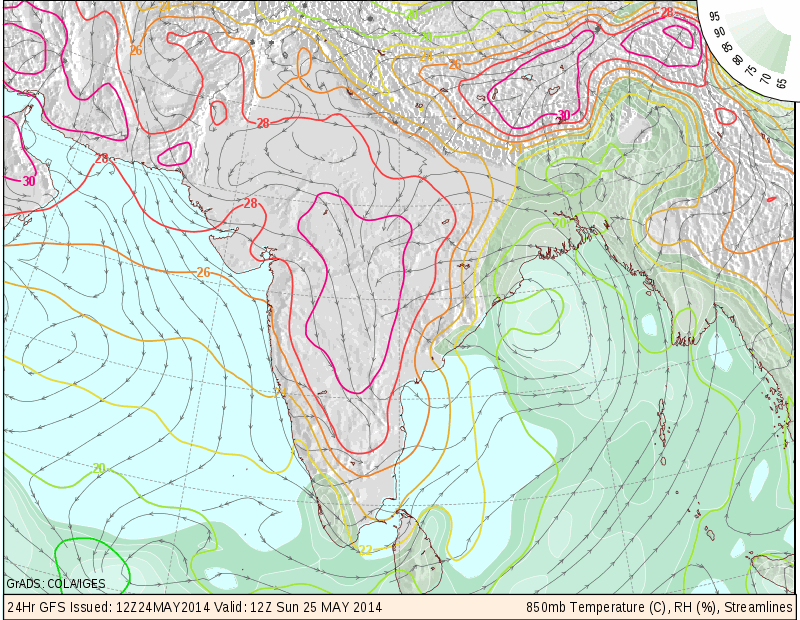 (Vinson Kurian in HinduBusinessLine) It is now becoming increasingly clear that a rogue circulation developing in the southwest Arabian Sea over the next couple of days will force monsoon flows headed towards Kerala coast to back off.

What the system will do at best is to posit the flows for an onset over Sri Lanka, usually the penultimate port of call for monsoon preceding Kerala by a margin of a few days.

The Sri Lankan Met Department forecast showery weather in the seas off the western and southern coasts from May 25 (Sunday), which is the normal date for monsoon onset over the island nation.

Thundershowers have been warned off the coast extending from Colombo through Galle to Pottuvil, Hambantota, and around the island. Winds will be southwesterly and the speed will be 20- to 40 km/hr.  Sea areas around the island will be rough at times as the winds could accelerate to 50- to 60 km/hr. These are considered ideal onset conditions for the monsoon in these parts.

The Kerala coast may miss the June-1 timeline what with the Arabian Sea storm forecast to head away from the coast towards the Gulf of Eden (east coast of Africa). India Met Department seemed to be largely in agreement with peer models abroad in so far as this outlook went.

Kerala might see weaker westerly winds blowing in from the sea during this phase, sparking thundershower activity. Some models see the activity spreading out towards neighbouring Tamil Nadu as well. 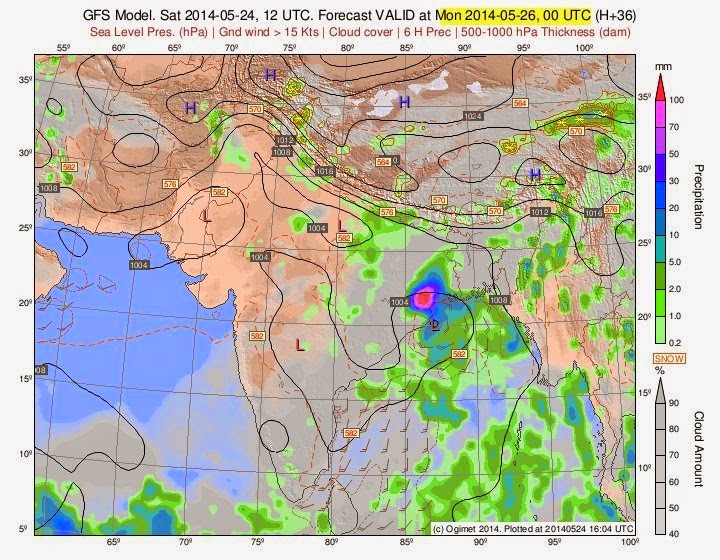 The monsoon onset might not happen till after the Arabian Sea storm dies out in the Gulf of Eden, and the flows converge and march in afresh from the Equator. This may take the whole of this week.

Meanwhile, the depression over east-central Bay of Bengal weakened into a well-marked low-pressure area. The Met said on Sunday that the system may now head for Gangetic West Bengal coast, and not Odisha.
But global models continued to point towards Odisha coast as probable point of landfall.

The heat wave is now concentrated over the Vidarbha region in Maharashtra. Dust storms and thundershowers are being forecast in northwest India which normally should peak during heat this time of the year. Delhi reported even hail during the 24 hours ending on Sunday morning.

Posted by Rajan Alexander at 11:43 PM