This blog has forecasted 16% rainfall deficiency as compared to IMD’s and Skymet’s 94-95% and we thought that we were the worst. A much more dismal forecast has been made by Asia-Pacific Climate Centre, (APCC) Busan, Korea. Let’s hope that things do not come to pass as bad as APCC forecast! In the meanwhile, here’s Vinson Kurian reporting in the HinduBusiness Line: 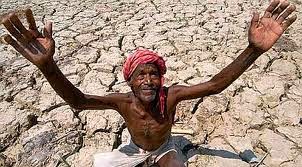 (Vinson Kurian in HinduBusinessLine) The Asia-Pacific Climate Centre based in Busan, South Korea, has said that the entire Indian subcontinent along with the Arabian Sea and Bay of Bengal will remain dry during the June-August period.


This is line with the forecasts being made based on an expected El Nino event happening in the east Pacific with rains being driven away from here to the Americas.

Anomalously warm and dry conditions are expected to prevail across the Maritime Continent (Indonesia and nearby island nations) as well as tropical Indian Ocean.


This outlook comes during the last full week ahead of the arrival of the South-West monsoon over Kerala coast, likely delayed by a few days beyond the June-1 normal.


According to the Busan Centre, peninsular seas will remain mostly ‘idle’ for most part of the first three months of the season.


June may be particularly bad, with July offering some relief for the South. August is likely to turn wet for east and north-east India comprising Gangetic West Bengal, Odisha, Chhattisgarh and Jharkhand. Nearly-normal to sub-normal rain is forecast for the rest of the country.

‘Idle’ seas would mean the Arabian Sea, and importantly Bay of Bengal, may not be able to generate and send in weather systems which carry rain into the farming heartland of India.


This could be a direct impact of the see-saw effect of El Nino in which convection (ascending motion of air leading to cloud-building) migrates to the east Pacific to the exclusion of the west, which is nearer to India.


What India would get in the bargain is sinking motion of air which compresses it towards the ground level only to convert it into an area of high-pressure.


This kills convection and cloud-building which can thrive only on warmer waters, which are driven away to the east Pacific (and farther away from India) in El Nino conditions.

Meanwhile, back home, heavy rain continued over east India as Monday’s well-marked low-pressure area relented a bit and weakened into a conventional ‘low.’But it is socking up a lot of moisture from the northwest Bay of Bengal and can still generate a lot of rain in the region as also neighbouring north-eastern State for a couple of days more.


The heavy rain has ensured that the ‘top heat’ has traced its way back to Rajasthan where it should ideally belong during this time of the year.


Still, the Busan Centre is predicting that the peninsula might heat up much more than the north and north-west even after the country would have entered the monsoon season.

Posted by Rajan Alexander at 11:43 PM