There is a spate of articles and videos on the Little Ice Age.  The surprise is that one by one leading global warmist media are doing a turnaround. We had Discovery Channel's docu-drama, "Little Ice Age, Big Chill." recently. The most recent is TIME magazine. Enjoy

Climate Change Caused Crises Half A Millennium Ago, Too 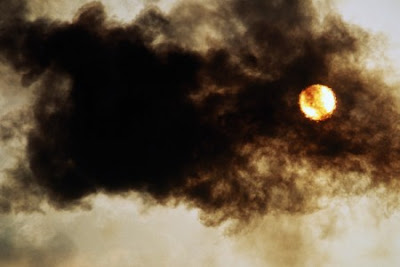 A team led by David Zhang of the University of Hong Kong collected as much data as they could find about climate, demography, agro-ecology, and the economy from the years 1500 to 1800 in Europe and found that these variables yo-yoed up and down along with the weather. The investigators used a number of criteria to confirm that the relationship was causative and not merely associative:  there had to be a strong and, importantly, consistent relationship between variable and effect; the cause had to precede the outcome; and the researchers had to be able to  predict the effect based on the cause. To make all these connections, Zhang's team used robust correlation and regression models as well as simulations of alternating periods of harmony and crisis in the areas for the earlier periods in which data wasn't as easily available.

While  numerous civilizations did experience the same ups and downs as  global temperature over the centuries, the immediacy of the cause and effect varied. Sometimes the response to temperature change was almost instantaneous, while others time it took five to 30 years before the impact was fully felt. And as is the case with everything in the environment, a change in one area often triggered  a cascade of changes in others. Take for example the cooling that occurred from 1560 to 1660—a century within the 300-year era known as the Little Ice Age: plants couldn't grow as much or for as long, so grain prices soared, famine broke out, and nutrition sank.

Poor diet means poor growth even for survivors, and the late 16th century  saw a decline in average human body height by 0.8 inches. As temperatures rose again after 1650, human height crawled back up too. Before it did, however, sky-high grain prices and  accompanying real wage declines brought social problems more pressing than height.

“Peaks of social disturbance such as rebellions, revolutions, and political reforms followed every decline of temperature, with a one- to 15-year time lag,” the scientists wrote, adding that many such disturbances escalated into armed conflicts. “The number of wars increased by 41% in the Cold Phase.”

There were more peaceable responses too. Poorly fed or otherwise deprived people tend to decamp from where they're living and move somewhere else, and migration rates increased in this era along with social disturbance. The problem was, in these cases the relocation wasn't the hearty westward-ho kind of 19th century America, when well-fed settlers could live off the land (and the buffalo) while they sought new homesteads on the frontiers. Rather, migration among the hungry or unwell often leads to epidemics. It may be too much to lay the great European plagues of 1550 to 1670 entirely at the door of global cooling, but  dramatic climate shift and resultant poor health surely played a role. It was around 1650 as well that European population  collapsed, bottoming out at just 105 million people across the entire continent. Wetter countries with more fertile land or those with stable trading economies tended to do better in this eras of hardship, but no one was spared.

Posted by Rajan Alexander at 12:26 PM