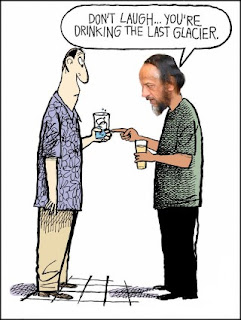 To the runup to Copenhagen Climate meet, in order to get China and other countries in the India sub-continent on-board to signing a global climate treaty, the West unleashed their Trojan horses - their partner NGOs and environmental organizations to launch a grossly intellectually corrupt campaign.

This centred around the scare that Himalayan glaciers are receding and in the long run as the ice diminishes, glacial runoffs in summer and river flows will also go down, leading to severe water shortages in the region using the IPCC report to buttress their case. The IPCC later withdrew this prediction. 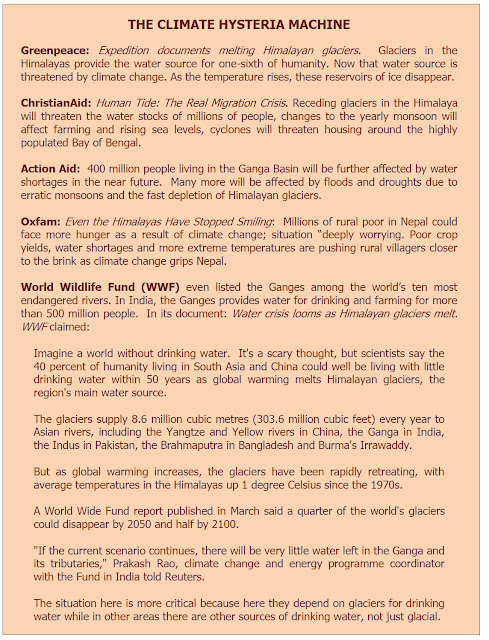 Glaciergate exposed IPCC as relying upon a second hand, non-peer reviewed source which turned out to be unreliable, and failed to identify this source.  As a result, the IPCC has predicted the likely loss of most or all of Himalaya’s glaciers by 2035 with apparently no peer-reviewed scientific studies to justify such a prediction and at least one scientific study (Kotlyakov) saying that such a disappearance is too fast by a factor of ten!

It also not only punctured the credibility of both the IPCC and its high profile Chairperson, Rajendra Pachuari but also those of the global warming movement in the country, particularly these NGOs who over- hyped this issue.  Lest we forget, a summary of what exactly is glacier gate is provided as a box item below.

In trying to deliver simplified messages; NGOs often pretended to know more than they do lending themselves to charges of climate scaremongering. A snapshot of some of the NGO’s recycled scare can be found as a box item below. 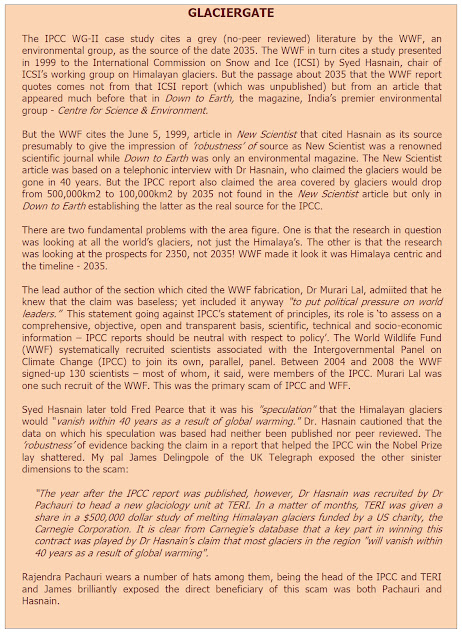