Open letter to President Mohamed Nasheed of the Maldives 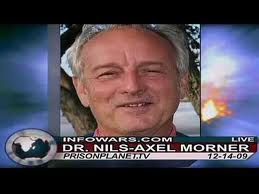 You have recently held an undersea Cabinet meeting to raise awareness of the idea that global sea level is rising and hence threatens to drown the Maldives. This opposition is not  founded in observational facts and true scientific judgements. Accordingly it is incorrect.

Therefore, I am most surprised at your action and must protest to its intended message. In 2001, when our research group found overwhelming evidence that sea level was by no means in a rising mode in the Maldives, but had remained quite stable for the last 30 years, I thought it would not be respectful to the fine people of the Maldives if I were to return home and present our results in international fora. Therefore, I announced this happy news during an interview for your local TV station. However, your predecessor as president censored and stopped the broadcast.

When you became president, I was hoping both for democracy and for dialogue. However, I have written to you twice without reply. Your people ought not to have to suffer a constant claim that there is no future for them on their own islands. This terrible message is deeply inappropriate, since it is founded not upon reality but upon an imported concept, which lacks scientific justification and is thus untenable. There is simply no rational basis for it. Let me summarize a few facts (see Fig. 1, and evidence presented in Mörner, 2007):

(1) In the last 2000 years, sea level has oscillated with 5 peaks reaching 0.6 to 1.2 m above the present sea level.
(2) From 1790 to 1970 sea level was about 20 cm higher than today.
(3) In the 1970s, sea level fell by about 20 cm to its present level.
(4) Sea level has remained stable for the last 30 years, implying that there are no traces of any alarming on-going sea level rise.
(5) Therefore, we are able to free the Maldives (and the rest of low-lying coasts and island around the globe) from the condemnation of becoming flooded in the near future.

When I was president for the INQUA commission on Sea Level Changes and Coastal Evolution (1999-2003), we spent much effort on the question of present-to-future sea level changes. After intensive field studies, deliberation within the commission and discussions at five international meeting, we agreed on a “best estimate” for possible sea level changes by the year 2100. Our figure was +10 cm ±10 cm. This figure was later revised at +5 cm ±15 cm (as given in Fig. 1). Such changes would imply small to negligible effects.

From our sea level curve in Fig. 1, we can directly see that such a small rise would pose no threat for the Maldives. Rather, it would be a natural return to the conditions existing from 1790 to 1970; i.e. to the position before the sea level fall in the 1970s. The same non-rising sea level story is recorded for all other areas claimed to be under a flooding already in progress; viz. Tuvalu, Vanuatu and Venice (Mörner, 2007b). Besides, the proposed global trend derived from satellite altimetry have been tampered by a “personal correction” in order to create a rising trend (Mörner, 2008), actually not measured.. Thermal expansion of the water column may affect the ocean level by some centimetres to a decimetre. At the shore, however, the effect is zero (Mörner, 2000, 2005a, 2009a).

So, Mr. President, when you ignore to face available observational facts, refuses a normal democratic dialogue, and continue to menace your people with the imaginary threat of a disastrous flooding already in progress, I think you are doing a serious mistake.

Let us be constructive. Let us discuss available observational facts. Let us continue and extend our sea level project to new sites in the huge Maldivian atoll archipelago.

And let us, for Heaven’s sake, lift the terrible psychological burden that you and your predecessor have placed upon the shoulders of all people in the Maldives, who are now living with the imagined threat that flooding will soon drive them from their homes, a wholly false notion that is nothing but an armchair fiction artificially constructed by mere computer modelling constantly proven wrong by meticulous real-world observations.

Your cabinet meeting under the water is nothing but a misdirected gimmick or PR stunt. Al Gore is a master in such cheep techniques. But such misconduct is dishonest, unproductive and certainly most unscientific.

Posted by Rajan Alexander at 12:11 PM