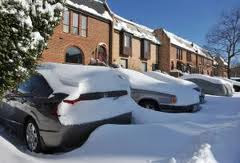 Last week a ‘freak’ snowstorm in NE of the US dumped an all time record of 2 feet of snow. Termed a ‘freak’ since such weather is extremely rare during October in this region.

At least 11 people were reported killed and the storm knocked out power to about 3 million homes and businesses across the US North-East. States of emergency were declared in New Jersey, Connecticut, Massachusetts and parts of New York.  Communities in western Massachusetts were among the hardest hit by the storm. Snowfall totals topped 68 centimetres in Plainfield, and nearby Windsor got 66 centimetres. Roads, rails and airline flights were knocked out, and passengers on a JetBlue flight were stranded on a plane in Hartford, Connecticut as much as 8 hours. 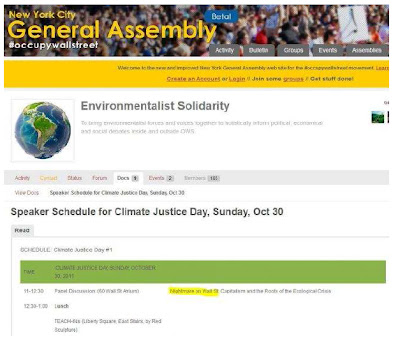 But amidst the feelings of sheer despondency of watching a disaster of this scale, we sceptics could not help containing a wicked smile on a related news item on 350.org. Anthony Watts who administers the popular climate skeptic blog WUWT commented:

“It just doesn’t get any better than this. The Occupy Wall Street Mob had a “Climate Justice Day” scheduled for today. I don’t think they figured on a “Nightmare on Wall Street” irony like this.”

This incident is only one of the innumerable examples of what it is now popularly called the ‘Gore Effect’. So what’s that you may ask? It is often defined as:

'Happens when global warming-related event or appearance by Gore is marked by exceedingly cold weather'.

During the 2009 Copenhagen Climate meet, world leaders who flew into Copenhagen to discuss a solution to global warming were greeted by freezing weather as a blizzard dumped over 10 centimetres (4 inches) of snow on the Danish capital overnight.  Denmark has a maritime climate and milder winters than its Scandinavian neighbours. It hasn’t had a white Christmas for 14 years, under the DMI’s definition, and only had seven last century.

The enduring image of Copenhagen was that of President Obama scampering past a horde of reporters explaining that he had a plane to catch and fast if he had to beat the massive snow storm hitting the East Coast. When he landed at Andrews Air Force base in Maryland it was in the midst of a storm that dumped two feet snow.  Ultimately when he reached home, he told reporters cheekily that he knows now why the White House was so named. as Washington DC was also buried in snow!

We saw the 'Gore Effect' too  in Cancun Climate meet last year. Temperature in the seaside Mexican city plunged to a 100-year record low of 54° F to the glee of climate sceptics.  Although Gore is not scheduled to speak in Cancun, "it could be that the Gore Effect has announced his secret arrival," jokes former NASA scientist Dr. Roy Spencer!

The full list of ‘Gore Effect’ can be read at Climate Depot (Read here).  Somehow Gaia is trying to give climate alarmists a message which they never seem to pick up. It is this list that raises our hope that we will see this same effect in the Durban Climate meet later this month. But more than that, our hopes have soared since global temperatures have showed evidence that it has entered a free fall. We discuss why. 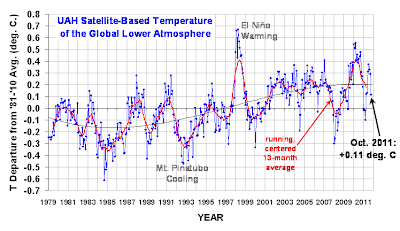 Global warmists usually buttress their hysteria that the world is warming using surface temperature datasets such as NASA’s Goddard Institute of Space Science (GISS) datasets. They are number of problems with such datasets. The first are related to errors arising out of adequate distribution of samples; siting of temperature stations and manual temperature recordings. The second relates to the adjustments made to the raw numbers in these dataset. Take away these adjustments; the one degree warming of last century disappears.

Why satellite temperatures are more reliable than surface measurements is that they can be verified by two direct and independent methods. The first involves actual in-situ measurements of the lower atmosphere made by balloon-borne observations around the world. The second uses inter-calibration and comparison among identical experiments on different orbiting platforms. The result is that the satellite temperature measurements are accurate to within three one-hundredths of a degree Centigrade (0.03 C) when compared to ground-launched balloons taking measurements of the same region of the atmosphere at the same time.

The air in the first few miles of the atmosphere, the troposphere, does not significantly absorb solar radiation; instead it is warmed or cooled by contact with the ground.  The troposphere besides provide the primary advantage of avoiding siting errors of surface temperature stations.For these two reasons,  temperature trends of the troposphere gives us a fairly good indication of global warming or cooling trends of the planet. Temperature anomalies are calculated as the difference from a baseline average. In the case of UAH, the baseline is 1979 a couple of years after the last global warming cycle (1977-2002) started. And as seen from the above UAH graph, temperature anomaly stood as 0.1 degree at the end of October, halving its value in the end of September. 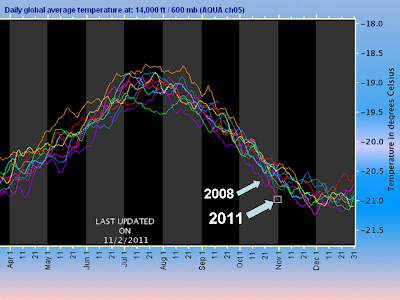 Data provided by the Advanced Microwave Sounding Unit (AMSU) 5 onboard the Earth Observing System (EOS) Aqua spacecraft indicate not only a similar trend but also highlighting that temperatures are the lowest for the last decade, even below 2008 - the year of a very strong La Niña, and therefore the coldest year last decade. More interesting is that the current temperatures at 400mb (25kft) and 250mb (36kfr) both of which are recording new lows. 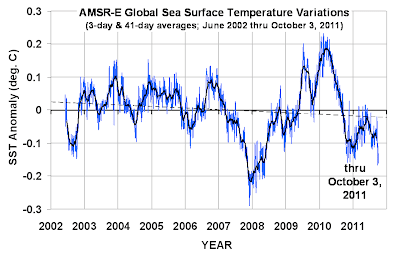 "The motion of the massive oceans where heat is moved between deep layers and the surface provides variability on time scales from years to centuries. Recent work (Tsonis et al, 2007), suggests that this variability is enough to account for all climate change since the 19th Century.”

La Niñas occur when unusually strong tropical Trade Winds blow the sun-warmed surface waters of the Pacific toward the west. As a result, the western Pacific is warmer than average and the central and eastern regions are cooler. When the central and eastern waters are more than 0.5°C (0.9°F) cooler than normal, the phenomenon is officially declared a La Niña. As the event continues, the cool water expands north and south along the western coastlines of North and South America.
La Niñas typically occur every three-to-five years, and back-to-back episodes occur about 50 percent of the time. Current conditions reflect a re-development of the June 2010-May 2011 La Niña episode. The Bangkok floods, the equatorial-East African; Texas, Oklahoma and New Mexico droughts are all attributed to the La Niña.

The present phase of La Niña began in August and therefore still developing but already showing relatively moderate strength with Nino 3.4 at 1.1 °C with the latest Southern Oscillation Index (SOI) value at  + 8, calculated using the 1887-1989 base period. It is really expected to gain in strength only by December earliest and more realistic only by early next year.

So the real question is what’s causing the troposphere to cool both faster and earlier than in recent times? It must be kept in mind that this is second phase of the same La Niña episode. It might have given ENSO neutral values during the boreal summer when it appeared to take a break but even then the ONI values (for Nino 3.4) never turned positive with atmospheric circulation patterns largely remaining La Niña like. There is a typical 5-7 months lag between the La Niña and global temperature drops and if it is already dropping like a brick it is partly the effect of its first phase.

So what we can predict with reasonable confidence? Winter is likely to be harsh and next summer mild. With the episode coming to end around May-June, what will be the impact on Indian Monsoons is very difficult to tell.

Posted by Rajan Alexander at 2:22 PM