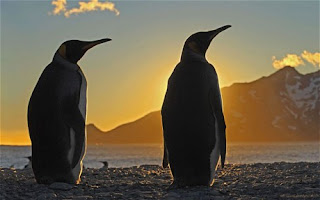 British viewers will see seven episodes, the last of which deals with global warming and the threat to the natural world posed by man.


However, viewers in other countries, including the United States, will only see six episodes.

The environmental programme has been relegated by the BBC to an “optional extra” alongside a behind-the-scenes documentary which foreign networks can ignore.

Campaigners said the decision not to incorporate the episode on global warming as part of the main package was “unhelpful”.

They added that it would allow those countries which are sceptical of climate change to “censor” the issue.

Others suggested that the Corporation should have offered “On Thin Ice”, the global warming episode, for free due to the importance of the issue.

However, the BBC said it was standard practice to offer international clients only the parts they wished to purchase.

Frozen Planet, on BBC One, is the latest big budget series from the BBC’s Natural History Unit in Bristol, which was made in association with Discovery Channel and The Open University.

Astonishing images already broadcast include killer whales swimming in parallel to wash their prey off lumps of ice; icebergs larger than any manmade structure on Earth “calving” from the icecap; and the spectacular plumage of a reclusive great grey owl.

It was filmed over four years and is thought to have cost over £16 million to produce.

Over 30 networks across the world have bought the series but a third of them have rejected the choice of the additional two episodes, including the one on climate change.

On Thin Ice features Sir David Attenborough, 85, talking at length about the melting of the ice and featuring hungry polar bears.

Viewers in the United States, where climate change sceptics are particularly strong group, will not see the full episode.

Instead, the BBC said that Discovery, which shows the series in the US, had a “scheduling issue so only had slots for six episodes”, so “elements” of the climate change episode would be incorporated into their final show, with editorial assistance from the Corporation.

However, the Frozen Planet DVD will be sold overseas - including the US - containing all seven episodes as broadcast in the UK.

A spokeswoman for the BBC said it was not be feasible to force networks to buy the climate change episode as it features Sir David talking extensively to the camera and there are many countries where he is not famous.

Many environmentalists are ardent fans of the show for highlighting the fragile beauty of the natural world.

But there are those among them who believe the BBC has not taken the steps it might have done to warn viewers of the dangers the planet faces.

Harry Huyton, the head of climate change for the RSPB, said: “Selling Frozen Planet in two parts seems rather unhelpful because it suggests that it would be perfectly reasonable not to show the bit with the climate message.


“We would encourage the networks that haven’t bought the whole thing to think again and not to censor the issue.”

Tony Juniper, an environmental adviser and former head of Friends of the Earth, said: “It raises questions about the BBC’s overall environmental coverage, which is patchy and inconsistent.”

He added that the BBC’s attitude allowed other countries to opt out of the climate change episodes for “political reasons” or because they had already covered the issue with previous programmes.

A spokesman for Greenpeace, the environmental group, said:

“It’s a bit like pressing the stop button on Titanic just as the iceberg appears. Climate change is the most important part of the polar story, the warming in the Arctic can’t be denied, it’s changing the environment there in ways that are making experts fearful for the future.”

A spokeswoman for the BBC said:

“In international sales it is normal practice to offer broadcasters the option to take which parts they want, as well as add-ons, such as the one-hour Making Of episode. On Thin Ice (Programme Seven) features David Attenborough in vision as it is his authored show.

“It would be impossible to do a presenter-less version. Only those countries that accept David as a presenter (and there are many where he is well-known – such as Australia, New Zealand and Scandinavia) could be expected to take episode seven as it stands.

“In the case of Discovery in the USA, they had a scheduling issue so only had slots for six episodes and have decided to combine elements of episode seven, On Thin Ice, with episode six, The Last Frontier. The BBC has been consulted on editorial decisions on this.”

On Thin Ice will be shown on BBC One on December 7 at 9pm.

Posted by Rajan Alexander at 3:28 PM