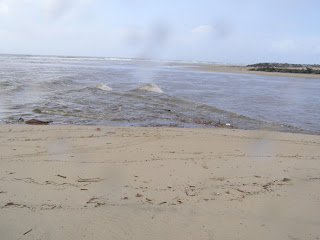 "Our tide gauges and buoys recorded small tsunamis," Said Kristiawan of Indonesia's Meteorology and Geophysics Agency said.
He said the highest was in Meulaboh in western Aceh, "measuring 80 centimetres", and other smaller ones were recorded in nearby coastal regions.