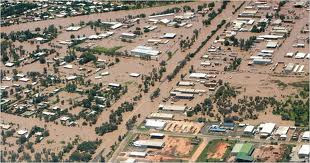 Thousands of Brisbane residents have been forced to evacuate their homes as the city braces itself for its worst flooding in more than a century. As the winding Brisbane River breached its banks in several places to engulf parks and footbridges and heavy rain continued to fall on the metropolitan area, the city's main roads and public transport system quickly became clogged as people rushed to get to higher ground. Early estimates suggested that more than 9,000 homes could be inundated when the Brisbane River peaks at 12ft on Thursday. The destruction was already evident yesterday, with a steady stream of debris, including boats and whole pontoons, floating down the swollen Brisbane River.

Record floods in 1893 dumped the gunship Paluma on the Brisbane Botanical Gardens, while in 1974, a torrent killed 16 people and inundated a third of the city's metropolitan area. The severe flooding threatening the state capital comes after almost one month of flooding across Queensland that now covers an area the size of France and Germany combined and could cost more than $10bn (£6.3 billion).

Government meteorologists have said that the flash flooding was almost impossible to predict. According to Anthropological Global Warming, they can't as the science is fraudulent. But climate sceptics using solar techniques have. Piers Corbyn of Weather Action, riding a wave of successful forecast this season, is one of them. Here's the forecast of the Australian floods given by Corbyn months ahead: 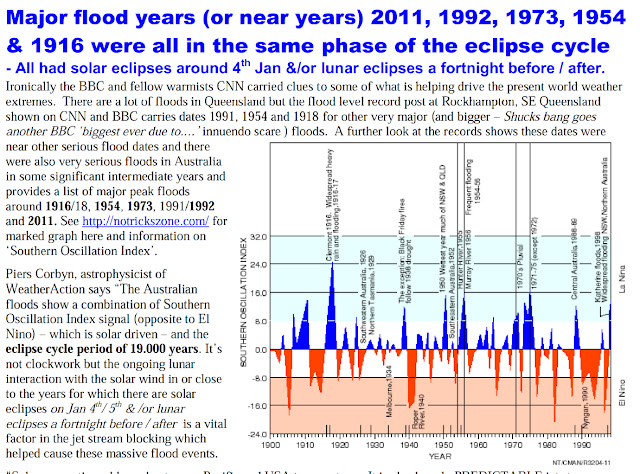 Posted by Rajan Alexander at 9:07 PM