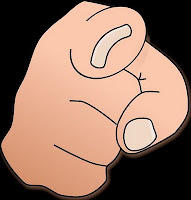 Trust the Tom Nelson Blog to bring out interesting nuggets like this. Droughts, floods, cold, heat and what have you, everything is climate change. Six months ago, Sri Lanka experienced a drought due to the El Niño effect and this month a flood due to the La Niña effect. "Sustainable or organic farming" had been given a big boost by humanitarian organizations after the Tsunami of 2004. And yet, the drought and floods within a space of six months have pushed Sri Lanka into a food crisis - the food shortage to be felt in the months ahead. All their "sustainable" experiments withered away by these weather extremes.

When will NGOs get over their global warming obsession? They can  only start making an impact if they track ENSO (El Niño-Southern Oscillation)  a natural oceanic cycle, in their adaptation and mitigation programmes. 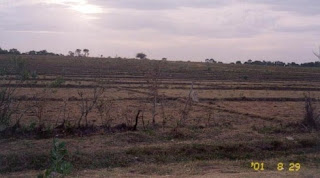 Like many countries in the Global South, Sri Lanka is burdened with a variety of hazards, including cyclones, floods and not long ago a tsunami.  But one of the most severe hazards in Sri Lanka is drought and is considered the most significant hazard in many districts of the country, such as Hambantota and Puttalam. Dr Gunatilake Marasinghe from University of Kelaniya, Sri Lanka, recently gave a seminar at IHRR: ‘International Relief Aid and Surviving Droughts in Sri Lanka.’  He explained how 2,548,310 people are exposed to drought in Sri Lanka compared to other hazards such as cyclones, where far fewer people are exposed at 24,132.  Indeed, drought has affected Sri Lanka since ancient times and leads to scarcity of water, food and other resources.  In 2001, drought overtook seven districts in Sri Lanka affecting 231,076 families.

Aid was provided to people in Sri Lanka during this time, but one of the major obstacles to overcome, as is the case with international relief aid efforts in other countries, is delays in receiving aid. International relief aid tends to flow into areas with high density droughts, but a major problem that has yet to be resolved in Sri Lanka is providing aid to people who endure mild recurrent droughts that are also a threat to their lives.  Listen to Dr Gunatilake Marasinghe’s seminar at IHRR here.

Usually, international aid donors give the most attention to large-scale hazards, but smaller hazards such as mild recurrent droughts are often overlooked.  People in Sri Lanka who depend upon growing their own food are most affected by droughts of this kind because they wipe out their crops and they are left with nothing to eat.  Instead of depending on aid, which is not provided, people must either migrate to other parts of the country or sustain themselves by eating ‘inferior food’ such as lotus yams or leaves of wild plants.  Family ties are strong in Sri Lanka and this is one of the forms of humanitarian assistance people affected by mild droughts depend on to survive.

In order to develop resilience in communities affected by recurring mild droughts in Sri Lanka, both a transparent way to distribute relief aid and implementation of infrastructure to deal with droughts are needed.  One way is to store water in large tanks during monsoon seasons or periods of heavy rain that could be used later during times of drought.  Another is to use resources provided by international aid donors to prepare for future droughts.  This could include gathering information in advance to create communication networks where early warning systems are used to warn people of drought instead of waiting for it to occur.  Early warning systems are being used in countries throughout the world, but not yet in Sri Lanka.  In the future, these forms of infrastructure need to be in place in Sri Lanka and other countries in the Global South as problems of drought, whether they are severe or ‘mild’, will likely accelerate due to climate change. 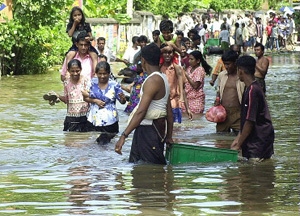 "We have looked at weather patterns for a long period of time and it is only now that we are ready to make scientifically supported statements about climate change."

There could be several factors responsible for the severe rains in the island country. Sri Lanka is in the midst of the winter monsoon. Rupa Kumar Kolli, Chief of the World Climate Applications and Services Division at the Geneva-based World Meteorological Organization, noted,

"There is an established La Niña, which is at its peak at the moment. The phenomenon is associated with stronger than normal monsoons over South Asia."

Continuous rains since 26 December have caused rock slides and displacement, mostly in northern and eastern parts of the country, and closed schools. As of 11 January, about 33,330 families have been displaced to 351 relocation centres. Some 300km east of the capital, Colombo, Batticaloa District - which set the century's rainfall record - accounts for almost half of those families, according to DMC. Here, some 200 reservoirs have completely washed away, with most other tanks spilling over, based on early government surveys.

"We are now being warned by scientists that climate change is not only real but Sri Lanka needs to be well prepared. We do not want to wait till the people become climate refugees as is happening in other parts of the world."

A top official in the Ministry of Agriculture, who preferred to remain anonymous, told IRIN that experimentation had been under way to find highly resilient crop species, especially rice.

"We are reverting to traditional knowledge. Sri Lanka has some 2,000 traditional rice varieties and [some] have a special capacity to withstand extreme weather." But production is slow and will take several years to bear results, he added.

Since the 2004 tsunami, the Colombo-based office of the NGO Practical Action has trained farmers in how to cultivate four weather-resistant traditional rice strains.

"Priority was given to varieties which are popular and already have a market," said Hemantha Abeywardena, a facilitator with an organic agriculture project at Practical Action. "A key factor was to avert impending food crises. With the climatic change and overuse of chemical fertilizers and pesticides, salinity in the fields has increased," said Abeywardena.

The government's meteorology department has reported that heavy rains will continue until at least through 12 January across the north and north-central sections of the country, particularly the provinces of Eastern and Uva (south of Eastern) and the country's southernmost district, Hambantota. The government, with the UN, conducted an assessment in all affected districts in the east, north and central provinces on 11 January, with results expected soon.

Posted by Rajan Alexander at 7:32 PM