Is Winter over in Europe? Nope the worst to come late February to April 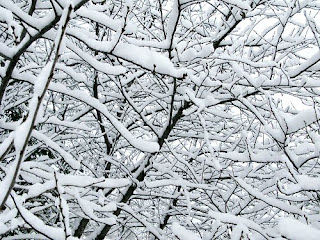 Unseasonably cold weather will possibly grip northern Europe again from late February into spring, after a comparatively mild spell in late January, as stated by U. S.-based Weather Services International (WSI) on Monday. WSI thinks that the moderation in temperatures seen in late January, after the coldest December months since records began for the United Kingdom to last into early February.

But WSI the specialist for the weather-sensitive energy industry foresees abnormally cold weather returning to major part of northern Europe towards the end of next month, dragging down the average temperature for the February-April period. WSI stated that the current mild spell for most parts of northern Europe happened due to the North Atlantic Oscillation (NAO) oscillating from negative to positive in the month of January.

Meteorologists state that a negative NAO usually indicates to colder winters in northern Europe and WSI warned in the month of October that the negative value for the pressure difference between areas of the north Atlantic would possibly mean a very cold start and end of the winter with a mild spell in the middle. According to WSI Chief Meteorologist Todd Crawford at some point in time later in the month of February or early March, one can expect a return to more strongly negative NAO conditions.

At that point, one can expect a return to more severe and widespread below-normal temperatures across majority part of Europe, which will well last into spring. Crawford further started that the biggest uncertainty for his February forecast was that the strong negative NAO could return earlier than expected.

Bitterly cold weather in most of the parts of northern Europe at the end of 2010 drove up natural gas prices in Britain, where about two thirds of homes rely on gas for heating, as demand went up to hit record levels and exhausted stocks early in winter.

Posted by Rajan Alexander at 12:57 AM