Alarmist climate science and the principle of exclusion, Paul Macrae 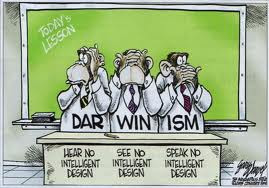 In 1837, Charles Darwin presented a paper to the British Geological Society arguing that coral atolls were formed not on submerged volcanic craters, as argued by pioneering geologist Charles Lyell, but on the subsidence of mountain chains. The problem, as Darwin saw it, was that corals can not live more than about 30 feet below the surface and therefore they could not have formed of themselves from the ocean floor. They needed a raised platform to build upon.

However, the volcanic crater hypothesis didn’t satisfy Darwin; he thought the atoll shape was too regular to have been the craters of old volcanos. There were no atoll formations on land, Darwin reasoned; why would there be such in the ocean? Therefore, Darwin proposed that corals were building upon eroded mountains, an hypothesis that, he wrote happily, “solves every difficulty.” Darwin also argued, in 1839, that curious geological formations—what appeared to be parallel tracks—in the Glen Roy valley of Scotland were the result of an uplifted sea bed.

Darwin didn’t have any actual physical evidence to support these two hypotheses: he arrived at them deductively, through the principle of exclusion. A deductive conclusion is reached through theory—if X, then logically Y must be so—as opposed to induction, which builds a theory out of empirical data. The principle of exclusion works from the premise that “there is no other way of accounting for the phenomenon.”[1]

As it turned out, Darwin was wrong on both hypotheses. Later physical evidence showed that Lyell’s volcano theory was closer to the mark, and the Glen Roy tracks were caused by glaciers, which were still a mystery in Darwin’s time.

Darwin later wrote of his Glen Roy hypothesis: “Because no other explanation was possible under our then state of knowledge, I argued in favour of sea-action; and my error has been a good lesson to me never to trust in science to the principle of exclusion.”[2]

For example, in a 2010 interview with the BBC on the Climategate scandal, Climate Research Unit (CRU) head Phil Jones was asked:

“What factors convince you that recent warming has been largely man-made?” Jones’s reply: “The fact that we can’t explain the warming from the 1950s by solar and volcanic forcing.”

In other words, Jones is using the principle of exclusion: while he and his colleagues can’t prove that human activities are causing warming, they can’t find any other explanation.

Canada’s Andrew Weaver also relies on the principle of exclusion when he writes, in his 2008 book Keeping Our Cool:

The IPCC has no empirical proof that human carbon emissions are the main cause of planetary warming; the “proof” is that the scientists can’t find another explanation, i.e., the principle of exclusion.

It’s not unreasonable to claim that human activities are the main cause of global warming. If carbon emissions and temperatures increase at the same time, it’s possible they are connected although, of course, correlation does not equal causation. And many scientific theories are based on the principle of exclusion, including much of Darwin’s theory of evolution itself.

Where alarmists like Jones, Weaver and the IPCC betray the accepted principles of science is in claiming that a possible causal connection between human carbon emissions and temperatures is settled, certain, and, as Weaver puts it in his book, beyond debate (he writes: “there is no such debate [about the certainty of the AGW hypothesis] in the atmospheric or climate scientific community” (p. 22)).

Even worse, these scientists call anyone who dares to challenge their hypothesis a “denier,” deluded, a fraud, bought-off by the oil industry, or worse. One cannot imagine Darwin, a modest scientist, making similar claims of certainty for his two hypotheses, or throwing slurs at anyone who didn’t accept them.

Yet there may well be other explanations for a warming earth that we still don’t know about or enough about—the cosmic ray theory seems like a good contender, as do fluctuations in solar intensity and cyclical ocean temperatures: given the complexity of climate, there are many possible causes for a temperature rise (or fall).

But, then, the deductive rather than empirical (inductive) nature of alarmist climate science was stated clearly by climatologist Chris Folland two decades ago:

“The data don’t matter… We’re not basing our recommendations on the data. We’re basing them on the climate models.”[4]

And so, alarmist climate scientists find themselves under siege by skeptics and increasingly distrusted by the public because they blindly accept the principle of exclusion, in the face of considerable empirical facts that don’t fit the AGW hypothesis. For example, for more than a decade, the earth has not warmed as the AGW hypothesis predicts. Nor are the oceans warming as the hypothesis predicts. Yet, when skeptics point out the problems, alarmists cannot admit they have made a mistake because then the whole alarmist edifice (and the juicy research grants that go with it) would collapse.

Darwin himself battled the principle of exclusion in proposing the theory of natural selection. Up to Darwin’s time, no one could think of any other way to explain the creation of species than by an all-powerful god. This led scientists and clerics into all sorts of logical absurdities, such as claims that the earth was mere thousands of years old or that God had put fossils into the earth to test scientists’ faith. However, in the mid-1800s, there was no better explanation to hand.

Darwin (and Alfred Russell Wallace) supplied a better, more scientific explanation: nature itself, acting over eons of time, was the creator of species, an hypothesis so simple and so logical that Thomas Huxley, Darwin’s main promoter, declared: “How extremely stupid not to have thought of that.”

The AGW hypothesis may well prove to be correct. However, the simplest and most logical explanation for climate change, in the past, now, and in the future, is natural variation. If so, then the AGW hypothesis, based on the treacherous principle of exclusion, will go the way of Darwin’s two hypotheses on the Glen Roy tracks and the creation of coral atolls.

And so, while alarmist climate scientists are quite within their rights to propose the AGW hypothesis, they should also be cautious: AGW is an hypothesis. It has not reached the status of a scientific theory (it has not passed enough scientific tests for that), nor is it a scientific fact, as the public is told. Instead, alarmist climate scientists have thrown the proper scientific caution to the winds to make claims that aren’t supported by the evidence, and to smear those who point out the possible errors in their hypothesis.

This caution is especially true when climate-science errors could lead to anti-carbon policies that will cost billions of dollars and destroy millions of livelihoods, while having no effect upon the climate because humans are only a small part of a much larger picture.

Darwin gave good advice: beware the principle of exclusion. It’s a pity that today’s alarmist climate scientists are unwilling to heed that advice.

Paul MacRae is the author of False Alarm: Global Warming—Facts Versus Fears, and publishes the blog False Alarm at paulmacrae.com

Posted by Rajan Alexander at 8:30 AM