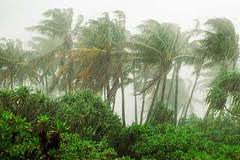 “The all-India cumulative rainfall for the week ending June 8 was 17 per cent above normal, and quite widespread,” Medha Khole, director, IMD (weather forecasting), told Financial Chronicle. Officials at the weather department said they were expecting normal progress for the monsoon to cover the entire country. The peninsular India covering Kerala, Andra Pradesh, Tamil Nadu, Karnataka and most parts of Maharashtra and Goa has received above normal rains since May 29. “Significantly, the rains have been wide spread, which will benefit crops,” Khole said.

“Conditions are favourable for further advance of southwest monsoon over Bay of Bengal and northeastern states and some parts of Orissa and West Bengal and Sikkim during next 2-3 days,” AM Mazumdar, deputy director general of meteorology (weather forecasting), said. He said fairly widespread rains and thundershowers would occur over northeastern states, West Bengal and Sikkim and Orissa and scattered over rest east India during next two days and increase thereafter.
“The wide spread rain will benefit plantation crops such as coffee, rubber, spices in southern India,” Krishna Reddy, senior analyst with Way2Wealth, said.

Posted by Rajan Alexander at 5:23 PM