Tamilnadu's power crisis can be traced back to Jayalalaithaa's 2001-2006 rule wherein she did little to increase the power capacity in the state. When the DMK returned to power, while expanding power capacity, they followed a wrong policy of avoiding fossil fuels by putting all their eggs in the renewable energy basket.

“Tamil Nadu power output to go up by 5,000 MW soon”
Courtesy: The Hindu 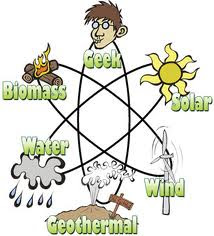 Chennai: Tamil Nadu Chief Minister Jayalalithaa on Wednesday promised steps to increase power generation by 5,000 MW, as mentioned in her party's election manifesto, but ruled out any revision of power tariff.

“Large-scale corruption in the TNEB [Tamil Nadu Electricity Board], especially in import of substandard coal, was one of the main reasons for fall in power generation,” she told a news conference at the Secretariat. Replying to a question, she said there was also a charge that power generation was drastically cut down in order to purchase electricity from private companies at exorbitant rates so that those in power received hefty commissions.

The previous government's lack of planning also led to a fall in power generation, she said. Of the different thermal units, one or the other had to be closed down for maintenance and the shutdown had to be staggered. There should not be a situation where all thermal units were shut down for maintenance. There was no planning and no organisation (in the previous government) and for many days there was no production at major thermal power stations that led to a fall in production.

No power cut then

Recalling that there was no power cut at all in her previous regime during 2001-06, she said customers were supplied quality, uninterrupted power round-the-clock then. At that time, the installed capacity was 10,111 MW. The State was producing power to the full installed capacity and was supplying surplus power to others, earning revenue as well.

Everything changed drastically after the Dravida Munnetra Kazhagam formed the government, she said. Wrong management was the main reason for the fall in power generation.

Promising to root out corruption and meet the target of 5,000 MW as fast as possible, Ms. Jayalalithaa said the State would also try to exceed the target.

Asked whether the mounting debt burden of the TNEB would result in revision of power tariff, she said: “We are yet to examine all this. However, whatever the situation, we will not increase the burden on the people.”