'The IPCC is more of a political than a scientific body. As a rapporteur on renewable energy, I witnessed how thin the factual basis is for predictions that are made at the IPCC." 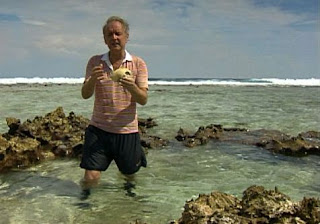 I hereby resign as expert-reviewer of Chapter 13: Sea Level Changes. I do this for two reasons:

A few days ago I noted that the deadline is set at February 10, instead of Mach 10 that I had noted by mistake.

Having glanced through Chapter 13, I find it to be of such low quality that a serious review would require very much extra work. At previous expert-reviews of mine (2000, 2006), all comments and corrections were neglected, despite their firm anchoring in facts.

The so-called authors of Chapter 13 seem to be a collection of all those who have written anything about sea level changes that agrees with the concept of IPCC, despite that fact that many of those papers were of a very low quality.

To this group is added some persons who have absolutely no insight to sea level changes. It is an insult that such persons are named “authors”.

Just to check my Nordic country fellows are all “non-specialists” who have nothing to contribute in sea level. Why are they there? But so typical!

All the debate and questioning has been shamelessly left out; not even referred to. And still, there is most probably within that material, the reality is to be found.

Today, the President of the Maldives had to resign. Finally, reality caught up with his illusions about sea level changes.

So should most of the Chapter 13 authors do, too – for the benefit of science. And by this I resign as expert reviewer

Posted by Rajan Alexander at 3:48 PM