Worse on the way for frozen Europe 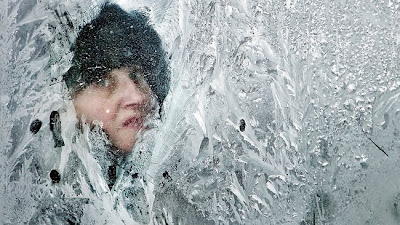 Entire villages were cut off in parts of eastern Europe yesterday, trapping thousands, while road, air and rail links were severed and gas consumption shot up during what has been the severest winter in decades in some regions.

In Ukraine, tens of thousands headed to shelters to escape the freeze that emergency services said has killed 63 people - most of them frozen to death in the streets, some succumbing to hypothermia later in hospitals.

Nine more people died in Poland as the mercury dropped to minus 32C in some parts, bringing the country's toll to 29 since the fearsome spell of cold weather started last week, police said. The Met Office in London warned that the cold snap was set to continue in many areas, with more snow expected in Kiev overnight, though the temperatures could rise off their recent lows. Berlin had snow yesterday with temperatures hitting minus 10C overnight, the Met Office forecast. Snow was also forecast in many parts of Britain over the weekend.

Homeless people in the region are at highest risk, warned the International Federation of Red Cross and Red Crescent Societies.

"Although we expect harsh winters in this part of the world, this current freeze has come towards the end of a mild winter," said Zlatko Kovac, IFRC representative for Belarus and Ukraine. "Homeless people have been caught unawares and unprepared. They don't follow long-range forecasts and are extremely vulnerable."

Red Cross Societies have helped with hot meals, warm clothing and blankets. The organisation said it had released more than $123,236 from its Disaster Relief Emergency Fund to boost the aid effort.

Russian gas giant Gazprom, meanwhile, said it had boosted deliveries to Europe, while several European countries reported drops in Russian supplies, with operators in Austria and Slovakia both reporting falls of 30 per cent. Ukraine - the transit point for most Russian gas headed to Europe - denied it was taking a greater than usual share of the gas.

Tens of thousands of people in Ukraine have sought help in more than 2000 temporary shelters as temperatures fell to minus 33C in the Carpathians and minus 27C in the capital Kiev.

"I am unemployed. I have somewhere to live but nothing to eat. I ate here and it was good - bread with a slice of fat and an onion as well as porridge," said Olexander Shemnikov after visiting a shelter in Kiev.

In Romania, eight people died overnight, bringing the country's overall toll to 22, the health ministry said. Schools remained closed in some parts. In Bulgaria, at least 10 people have died, according to media.

With parts of the Danube river freezing, authorities moved some vessels to ports farther away to protect them from advancing ice.

In the Bulgarian capital Sofia, some residents found their money frozen as automated teller machines stopped functioning, according to local media.

Posted by Rajan Alexander at 2:17 PM