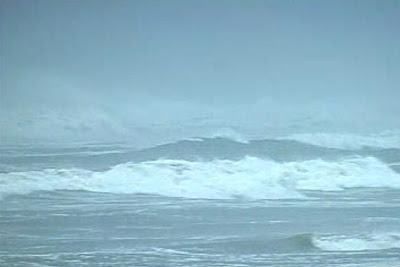 The storm reset itself to a track to west-southwest overnight, in line to aim the Nagapattinam-Puducherry stretch of the Tamil Nadu coast by tomorrow morning. India Meteorological Department (IMD) maintained an almost similar outlook in this morning’s bulletin, positing the track west to cross the coast between Nagapattinam and Chennai, close to Puducherry.

Mr Jayaraman Potty, Chief Scientist, at the Bangkok-based Regional Integrated Multi-hazard Early Warning System (RIMES) too confirmed to Business Line that ‘Thane’ is in line to hit the coast south of Chennai.

The Nagapattinam belt is known to be a sitting duck for approaching storms, and could likely witness storm surges and vast inundation. The IMD bulletin said ‘Thane’ lay centred about 300 km east-southeast of Chennai and 480 km northeast of Trincomalee ((Sri Lanka) this morning.

Heavy to very heavy rainfall would occur at a few places with extremely heavy falls (25 cm or more) at one or two places over north Tamil Nadu, Puducherry, Rayalaseema and south coastal Andhra Pradesh during the next two days.

After crossing the Tamil Nadu coast, the remnant of ‘Thane’ is shown as being yanked away to north-northeast over central India and adjoining east India, bringing some rains over these regions.

This would be brought about under the influence of a western disturbance drifting into the west and northwest India. The interaction between this westerly system and the easterly system (‘Thane’) is expected to be productive.

An IMD outlook too said that rain or thundershowers might break out at a few places over the Indo-Gangetic plains, central and adjoining east India. Normally, storms crossing the Tamil Nadu coast along as southerly a latitude as ‘Thane’ is expected to do, ends up being propelled by the easterlies into the Arabian Sea.

Meanwhile, in the North, dense fog conditions have been forecast over some parts of Punjab, Haryana, Delhi and Uttar Pradesh during the next two days in view of the approaching western disturbance.

Posted by Rajan Alexander at 11:39 AM