Sunita Narain: The EU's climate evangelism has got us nowhere 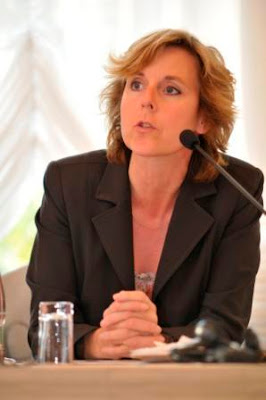 I am at the UN climate talks in Durban, an irritated witness to the fact that when it comes to climate change, not only is the world deeply divided between rich and poor, but the world's media is even more riven.

Over the last two days, the Western media – including this newspaper – has targeted India for being a deal-breaker. The intent is to drive a wedge in the Basic negotiating bloc (comprising Brazil, South Africa, India and China). That intent is also reflected in the way China is being praised for breaking ranks by openly supporting the EU's proposal for a legally binding agreement.

Basic has set a clear deadline of 2015 to complete the review of action based on science. Then it will start discussing the form and content of the agreement for the post-2020 period.

As I can see, this climate conference is lost to bad strategy, in which there occurs a mock-fight, without resolution. The US is firmly against a legal convention; the EU says this is the only way ahead. Since the US cannot be brought on board, the game plan is to bend Basic to agree to a legal agreement and then hope this will lead the US to submit as well.

This only means the log jam continues. Because many countries, including India, see this EU move as a ploy to remove the differentiation between the contributors to the problem of climate change and the rest. (This distinction formed the basis of the climate convention and set the principle that countries responsible for the bulk of emissions had to take action first, make deep emission cuts to create space for the rest to grow.) They see surreptitious moves to rewrite this agreement. So, distrust has grown deeper, even as we know that the agreement to cut emissions cannot work without global cooperation.

This is not to say China, Brazil and South Africa, or even India, should not take action to combat climate change. When negotiations began over 20 years ago, it was well understood the industrialised world – contributor to 70-80% of the stock of emissions in the atmosphere – had to vacate space for the emerging world to grow. The deal was this enriched world would reduce emissions drastically, for they had thrown the climate system out of kilter. The deal also was that money and technology transfer would enable emerging countries to avoid future emissions growth. But none of this happened. Meagre targets were set; the US and other big polluters walked out of the agreement. The funds never came.

This deal was critical because if the already-rich emitted in the past, the emerging rich will emit in the future. We know carbon dioxide emissions are linked to economic growth. We also know the road to a low-carbon economy is bumpy and costly. If the world is indeed serious about an agreement to cut emissions, it has to accept there will be limits for all – past polluters and future contributors. This agreement will only work if it is based on equal entitlements to atmospheric space. But Durban wants to brush aside this principle as an inconvenient fact.

In Bali in 2007 and in Cancún last year, the big developing countries like China and India agreed to set domestic targets for emission reduction. There is no doubt this level of ambition can, and must, be increased. But it is equally a fact that these countries, targeted as being obdurate about climate change, are actually doing more to cut emissions than the rich countries, who are legally obliged to do so. A recent study by the Stockholm Environment Institute clearly shows the Basic countries are actually going to do the bulk of emission reduction– 60-80% – in the next 20 years.

Of course the world must take tough action, including a legally binding agreement, to cut emissions. Of course India and China, who will only now contribute to pollution, should do more. But that does mean the industrialised world should stop beating up the underdogs, simply because it cannot do anything to get the US on board.

Consider only where the EU's climate evangelism has led the world. Instead of talking about low ambition and even lower levels of implementation, the world is now agreeing to postpone effective action till 2020. The world is running out of time. It would be good if the EU caught up with this fact.

Sunita Narain is an Indian researcher and environmentalist who has been following climate negotiations for many years. She is the director-general of the Delhi-based Centre for Science and Environment, a public interest research institution.