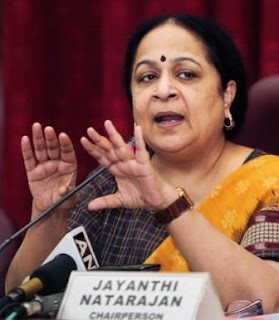 A European plan to unblock UN climate talks with a new global treaty is being held up by India and some developing countries who feared it would take too long to negotiate and lead to weaker pledges by wealthy countries.

The "Durban roadmap" came to the fore on Sunday night during the climate talks because the first phase of the Kyoto protocol treaty will expire next year, with several rich countries refusing to commit to further emission cuts and deadlines.

The EU compromise proposal offers to preserve the Kyoto protocol with a legally binding parallel treaty which would force all countries to cut emissions, but at different speeds and timescales.

Europe and the South African chair of the talks are thought to have persuaded the 42-strong Alliance of Small Island States coalition and the 48 least developed countries to back the EU.

"China is sending signals of flexibility, Indonesia, South Africa, and Brazil are sympathetic but India is still saying the current treaty is a red line," said an EU source.

As the UK energy secretary, Chris Huhne, and senior ministers from more than 190 countries flew to Durban for high-level negotiations, deep divisions remained between the world's biggest emitters and many smaller countries over finance, forests and how to raise the ambition of cuts.

Many African and Latin American countries said they feared richer countries were wasting time trying to re-negotiate the Kyoto protocol.

"Instead of concluding negotiations now, they are trying to launch a new route which is in danger of superceding what is already there with an even weaker system. We fear that we will not have legally binding targets and timetables", said a diplomat from one African country.

A spokesman for Venezuela said:

"All the options so far from developed countries move towards a lowering of ambition."

Environment groups urged countries to renew their pledges under the Kyoto treaty and not be sidetracked by promises of a better deal.

"Negotiating a new climate deal will take too long and be a recipe for inaction," said Andy Atkins, head of Friends of the Earth.

Posted by Rajan Alexander at 12:29 AM