EU parliamentarians have decided to skip the Rio+20 summit as they ostensibly can’t afford hotel bills which they assume could be easily at least $1,000 per night! Climate taxes and programmes have apparently bankrupted their economies. Sensing the strong winds of change blowing across Europe, politicians being politicians, they can’t help reposing their faith in symbolism as they know it always cut a chord with their political constituencies.

But don’t be under the mistaken notion that the EU will be under-represented at the summit. There are presently 27 countries under the European Union and several more seeking memberships with it. All these individual countries’ delegates will add up to enable the EU to still be the strongest contingent at the summit. After all “Sustainability” is their political agenda - their baby - EU could be expected to have the maximum stake in ensuring a “successful” outcome of the summit.

But more than this, the EU will be additionally unleashing their ultimate PR machine - their INGOs - the Greenpeace, WWF, Oxfam, Christian Aid, ActionAid etc. Flushed with funds from EU, a paltry  $ 1,000 hotel rent can hardly pinch these NGOs pockets. In fact, many of these INGOs’ top management will be prepared to pay even as much as $ 10,000 per night as hotel rent. They will justify that as too little a cost as compared to SAVING THE PLANET!

Brazil will be having a second “Carnival” this year thanks to these climate activists whose trip to Rio would have kicked up one hell of a “carbon footprint” which they can be expected to demand the rest of the global citizens to offset for. 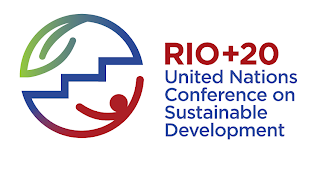 The latter body was the first global political octopus that gradually led to the top-down, politically driven creation of a nasty tumour inside physical sciences, the climate alarmism "research".

However, you shouldn't forget that in 1992, the Anthropological Global Warming (AGW) propaganda was just one of several environmental topics – in Rio as well as in Al Gore's first bestseller, Earth in the Balance, published around the same time. The AGW ideology was just destined to experience much more striking a growth rate and overshadow all other topics and misconceptions that the environmentalists liked to talk about (a few of which were legitimate) within a decade or so.

It may be helpful to write down that half a trillion is $500,000,000,000 dollars. Try to appreciate the number of zeros. For this reason, I was bemused to learn that (via Benny Peiser) where MEPs stands for "members of the European Parliament". But it was even more amazing to learn what is the justification why the European Parliament – the only people at the EU level who are actually lawmakers and who could "imprint" some negotiations into reality – won't attend Rio+20: the European Union can't afford $1,000 per night in the hotel which is "too exorbitant". Cool.

The conference will only last for three days – between June 20th and June 22th – so even if the European Union sent all 754 European Parliament deputies to the event to the event (and I hope it is a huge overestimate), it would only pay $2,000,000 for the hotels. That's more than 100,000 times smaller an amount than the amount of money that the EU is already wasting every year for miscalculated efforts to curb the CO2 emissions.

Now, the EU finds out it can't afford to increase this wasting by 10 parts per million or 0.001%. Amazing. And the real percentage is probably smaller by two more orders of magnitude because the EU Parliament should only send a dozen of folks.

This is one of the kinds of a breathtaking idiocy and detachment from reality that wouldn't happen in the private sector. A businessman knows how much actual things cost so if a certain goal requires several steps and one of the steps is 100,000 times cheaper than another step, the private entrepreneur will be capable of figuring out that this smaller expense is negligible and may be easily paid.

The public sector isn't capable of figuring out such basic things. The public apparatchiks and government employees are both morons as well as people who don't give a damn whether their "employer" will end up with a profit or not and how large the profit is. Their decisions are illogical and mindless. They don't know the value of the money and even if they could learn the value of the money, they just don't care.

If the EU – and the European Parliament – wants to save some money in these "hard times" (add your favourite pessimist's pile of wrong judgments), then it should primarily stop, abolish, and outlaw all policies that make the economy less effective because they are trying to curb the CO2 emissions. In this way, the amount of money that will be saved will be 100,000+ times higher than the amount of money they can save for the hotels in Rio.

Of course, a part of these attitudes are deliberately irrational. People are eager to waste huge amounts and decide not to pay for negligible amounts because they want to impress some other irrational people by "symbols" and there are just way too many irrational people everywhere.

Because the text above may have sounded too positive for Rio+20. So let me say that much like during similar recent events, it is pretty much guaranteed that we may only expect infinite talks that lead nowhere because many countries ultimately know what they're doing and they know that it would be suicidal to adopt various proposed global policies, at least those policies that don't transfer wealth from others to them. ;-)

So most of the money that is wasted due to the anti-CO2 delusions boils down to the stupidity of the individual nationwide political bodies rather than international conferences. Active idiots (people who actively and enthusiastically want to push a self-evident idiotic agenda) are overrepresented in the political elites of most countries in the world, especially the advanced Western ones. In the scheme of things, the international conferences such as those in Rio only play one role: they help the local, national idiots look more important. They must surely be very important if thousands of similar idiots are gathering at similar large conferences, mustn't they?

So the EU lawmakers won't attend Rio+20. But maybe I am missing the point. Maybe that's how the EU wants the policies to be established. The partially democratically elected representatives should have nothing to do with the decisions; the CO2 decisions should be imposed on everyone by unelected dictators.

Posted by Rajan Alexander at 12:35 AM