Monsoon to hit Kerala on time on June 1: Met 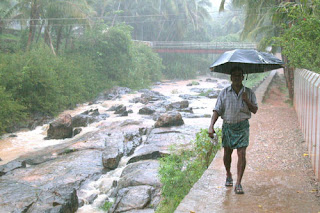 Monsoon will hit the Kerala coast on time on June 1, 2012 setting the stage for the four-month annual rainfall season crucial for India’s agriculture-based economy.

“The date of onset of southwest monsoon over Kerala is likely to be on June 1 with a model error of four days,” the India Meteorological Department announced in New Delhi on Tuesday.

The stage is set for the onset of monsoon in South Andaman Sea, which usually happens around May 20, 2012.The seasonal rains then make steady progress towards the mainland, bringing showers to the Kerala coast first and cheer to millions of farmers.

“The monsoon is likely to advance over the Andaman Sea slightly later than its normal date but well within one standard deviation,” the weather office said.

Last month, India had predicted a normal monsoon for the third consecutive year.

Monsoon is crucial for the kharif crops such as rice, cotton, soya bean and maize because almost 60 per cent of the farm land in the country is rain-fed.

India is estimated to have harvested a record 252.56 million tonnes of food grains in the 2011-12 crop year as against 244.78 million tonnes in the previous year.

Posted by Rajan Alexander at 6:21 PM