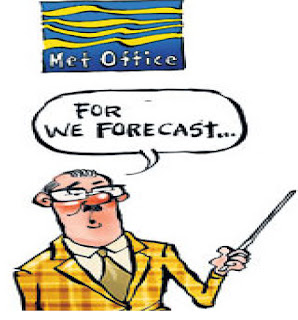 The UK Met Office predicted a 4 degree C temperature rise by 2060 or in 50 years. Based on this prediction our NGO climate hysteria brigade - the Greenpeace, WWF, Oxfam, ActionAid, ChristianAid etc - demands we must "ACT NOW" to stop climate change, as if stopping the phenomenon is in their hands!

“What is not generally realised is that the UK Met Office has been, since 1990, at the very centre of the campaign to convince the world that it faces catastrophe through global warming...Its then-director, Dr John Houghton, was the single most influential figure in setting up the UN's Intergovernmental Panel on Climate Change (IPCC) as the chief driver of climate alarmism.

Its Hadley Centre for Climate Change, along with the East Anglia Climatic Research Unit (CRU), was put in charge of the most prestigious of the four official global temperature records. In line with IPCC theory, its computers were programmed to predict that, as CO2 levels rose, temperatures would inevitably follow. From 1990 to 2007, the Department of the Environment gave the Met Office no less than £146 million for its "climate predictions programme”...

But in the past three years, with the Met Office chaired by Robert Napier, a former global warming activist and previously head of WWF UK, its pretensions have been exposed as never before. The "Climategate" leak of documents from the CRU, along with further revelations from Russian scientists, have shown the CRU/Met Office alliance, systematically manipulating temperature data, past and present, to show the world growing warmer than the evidence justified. And those same computers used to predict temperatures 100 years ahead for the IPCC have also been used to produce those weather forecasts that prove so consistently wrong.”

The difference between weather and climate is one of a measure of time. Weather is what conditions of the atmosphere are over a short period of time, and climate is how the atmosphere "behaves" over relatively longer periods of time. Climate accordingly is average weather usually taken over 30-years, with weather as it’s the smallest unit. So it is a no brainer to appreciate the fact that  you can't predict future climate, if you are unable to predict its basic unit, the weather right. 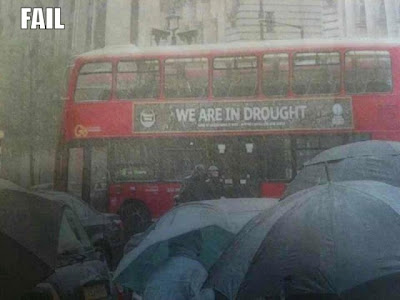 So what's the track record of the UK's Met Office in predicting the weather? The joke is that all of the forecasts are very unlikely to happen. The Met Office in the UK has a reputation for getting its forecasts wrong. So it is safe to deduce the opposite will occur to what they forecast! Here is a glimpse of their track record:

From the time UK Met Office started playing a central role in the global warming scam, it got reduced to a laughing stock. Its much-derided forecast that Britain would enjoy a "barbecue summer" was only one among the continuing strings of predictions that proved wildly off-target. Christopher Booker comments:

“First it was a national joke. Then its professional failings became a national disaster. Now, the dishonesty of its attempts to fight off a barrage of criticism has become a real national scandal. I am talking yet again of that sad organisation the UK Met Office, as it now defends its bizarre record with claims as embarrassingly absurd as any which can ever have been made by highly-paid government officials.”

While our NGO climate hysteria brigade - the Greenpeace, WWF, Oxfam, ActionAid, ChristianAid etc - still choose to authoritatively quote the UK Met office, we climate sceptics instead view their predictions as a source of entertainment.  And they never fail to entertain. Here’s the latest. The official Met Office forecast for April issued on March 12th, 2012 - predicted droughts. See the box item for details: 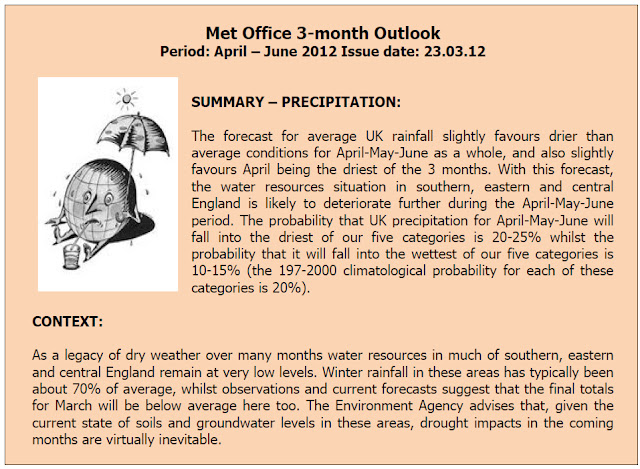 Instead of droughts as promised by the UK Met Office, Britain was plagued by the wettest April in 100 years! No surprise here as that’s so typical fate of all the Met Office’s predictions.

Found below is the headlines of a BBC article on floods. Remember, the BBC was exposed as ‘a propaganda machine for climate-change zealots’ by none other than Peter Sissons, the respected former BBC news reporter and anchorman, whose memoirs provided an insider view within the BBC. 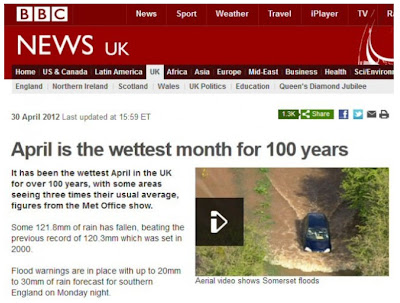 The UK Met Office perhaps possesses the most sophisticated and expensive super-computer as compared to all other weather and climate centres in the world. It uses an IBM Power7-based supercomputer to give it nearly a petaflop of peak processing performance. However, now the now the Met Office told a Parliamentary Committee of British MPS that the agency actually needs a system twice as powerful as that to run top-level models. More computational power would let the Met Office use models with a higher level of detail, yielding more accurate forecasts for more specific areas of the UK.

The enhanced supercomputer, which would have a peak performance of almost two petaflops, would cost £42m, paid over three years. These costs include equipment, power, maintenance charges and staff costs for designing models to make use of the more powerful hardware, the committee wrote. Now with this bloomer, the chances of them getting a new expensive toy at the cost of British taxpayers, at a time UK is in recession, look rather dim. 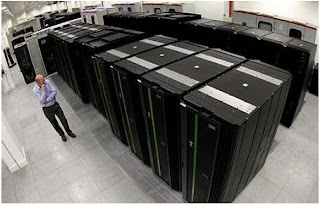 The supercomputer also generates 12,000 tons of carbon dioxide in a year! A spokesman from the Met Office said,

"We recognise that it is big but it is also necessary. We couldn't do what we do without it". He also went on to say, "we would be throwing ourselves back into the dark ages of weather forecasting if we withdrew our reliance on supercomputing, it's as simple as that."

Call that irony? Well they now want a supercomputer that doubles their existing carbon footprint! No cost is too much to saving the world, seems to be their motto.

The UK Met Office also requested parliament for a pay rise. Currently, the Met Office's CEO’s take home salary is a whopping £200,000! This is more than the UK’s Prime Minister, David Cameron gets. If salaries were paid according to performance, perhaps the Met Office CEO is rated as doing a "superb job". Why?  Perhaps the British parliament feels the Met Office is no longer charged with telling their citizens what the weather will be like tomorrow – only spewing hysteria on how warm it will be in the next century!

Posted by Rajan Alexander at 5:36 PM