With their climate scam on death bed, with the climate turning against climate alarmism, Astro-tuft “Greens” are betting on the forthcoming 'Rio+20' Summit to ensure Sustainability” as their replacement scam. This is first in our series of posts covering the 'Rio+20' summit.

Information trickling in from the negotiations suggest that broad agreement on their desirability has emerged this week at the second round of informal talks on the so-called 'zero draft' of the outcome document that will ultimately inform the UN Conference of Sustainable Development. But there are deep splits among the goals' advocates. Some like Europe are pushing for swift progress, with objectives — and even targets — to be set in Rio. Others, mostly developing economies, fear moving too rapidly could result in poorly set targets and could detract attention from the Millennium Development Goals — which remain largely unmet with three years to run.

Considering the unhealthy experience of the UN Intergovernmental Panel on Climate Change (IPCC), India should ensure no such similar setup comes up, particularly as Germany won the bid to host its headquarters. If climate change was made vague enough to impose trade barriers, “Sustainability” lends itself to be even vaguer in concept which is why developing countries should kill it in the bud. Make it a Talk Shop like the Climate Summit; anything less than this outcome would be a sell-out to India’s national interests.

[Astro-Turf - the plastic polymer surface used in sports like hockey] 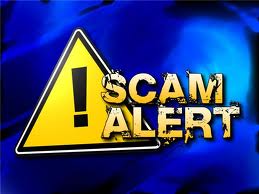 As global rhetoric on the need to move towards green economy gains ground, developing countries fear that the new discourse could be used to justify unilateral trade protection measures, merely strengthening inequalities between rich and poor nations and hindering their development.

A new report on the benefits, challenges and risks of the transition to a 'green economy' was presented last week to national delegations preparing for a major United Nations conference on sustainable development – the so-called 'Rio+20' summit – scheduled to take place in June 2012.

But "concerns have been raised by developing countries' delegations that the green economy concept may be misused or taken out of context, and that the promotion of the green economy may give rise of unhelpful or negative developments, and these must be avoided," reads the new expert report.

In his contribution to the report, Martin Khor, executive director of the Geneva-based South Centre – an intergovernmental organisation of developing countries – describes a multitude of risks that may arise from misusing the 'green economy' concept.

Avoid a 'green only' approach

The first risk concerns defining 'green economy' or putting it into practice in a one-dimensional manner that considers it to be purely "environmental," without fully taking into account its development and equality dimensions, writes Khor. This would mean that the 'green economy' concept would supersede the more holistic sustainable development dimension, with a negative effect on developing countries, he notes.

Another danger is a 'one-size-fits-all approach whereby all countries are treated in the same manner, regardless of their stage of development. However, developing countries should be given special treatment and extra flexibility to impose on them more lenient obligations regarding delivering the green economy, Khor stresses.

Further threats posed by the green economy mentioned in the UN report include using the environment for trade protectionism purposes. "In particular developed countries may use this as a principle or concept to justify unilateral trade measures against the products of developing countries," it notes, citing as an example plans to impose a 'carbon tariff' or 'border adjustment tax' on products from countries which do not impose a CO2 cap on their industry.

In the EU, the idea of carbon border tariffs has been floated as one way to prevent European manufacturing industries from relocating to countries like China, where environmental laws are less exacting. France, in particular, is leading calls to introduce the controversial measure.

Khor notes that the use of trade measures to block imports of developing countries' goods on climate grounds "has the potential to deal a severe blow to the multilateral trading system" and to adversely affect global climate negotiations under the auspices of the UNFCCC.

Countries can already justify the use of unilateral trade measures via GATT Article XX, which establishes a general exception to normal GATT rules. It allows protective measures to be taken on the grounds of protecting human, animal and plant life or health and of conserving exhaustible natural resources, for example.

Additional trade-related risks of misusing the green economy concept include trying to gain market access under the guise of environment - such as developed countries demanding elimination of tariffs on their 'environmental' goods.

Developing countries may also be forced to compete with production that is subsidised in the industrialised world without being able to impose corrective measures themselves, and may also come up against technical standards that their exporters cannot meet, according to the report.