With the Sun transforming itself as a 4 Polar Magnetic Star, Say Hello to the New Little Ice Age!

The current year’s Jan-April global temperatures has been characteristically below average. So much so heat wave conditions are yet to engulf the north-west of India, threatening a good monsoon. [Extreme heating of this kind is what helps put the right temperature/pressure gradient into place relative to the ocean. The monsoon rides this gradient from the southwest.]

Back in September 2007, when the Arctic sea ice reached the minimum extent recorded since 1979, it provided the fodder to NGOs like Greenpeace to create mass climate hysteria. They went on to predict that the Arctic Ocean would be ice-free during the summer in the upcoming years, with some even predicting that it would be ice-free as early as the summer of 2012. And yet, the Arctic sea ice is currently running either at or above average, depending on which data source you use. And the Antarctic (which is over 9 times the Arctic geographically) ice extent is at all time record expansion levels.

April turned out to be a warmer than normal in much of Europe. And yet it is now clear that this month (May) could see Europe break the record for the coldest for the month. This rapid and unexpected flip of the weather caught most weather forecasters, even brilliant weatherman like Piers Corbyn, on the wrong foot.

If all these developments appear to indicate a natural progression to an increasingly colder world, then here’s a possible bombshell of a confirmation. According to research by the National Astronomical Observatory of Japan, an unusual magnetic change is taking place in the sun which may have four poles as early as this month (May). Normally, the sun's magnetic field flips about once every 11 years. In 2001, the sun's magnetic North Pole, which was in the northern hemisphere, flipped to the South.

While scientists had predicted that the next flip would begin from May 2013, the solar observation Japanese Satellite Hinode found that the North Pole of the sun had started flipping about a year earlier than expected. There was no noticeable change in the South Pole. If that trend continues, the North Pole could complete its flip in May 2012 but create a four-pole magnetic structure in the sun, with two new poles created in the vicinity of its equator.

The end of the solar cycle is signaled by a flipping of the magnetic poles of the Sun, it then enters the Solar Minimum with solar flare activity dropping to its lowest point. During the pole shift the Sun may exhibit unusual activity including the appearance of 4 magnetic poles, 2 North and 2 South. Like a two headed chicken, this is most unusual.

Even more significant, the study points that the Sun is currently exhibiting similar solar activity to that observed during the Maunder Minimum, which occurred during the coldest years of the Little Ice Age in the 17th century.

Sunspot activity is far easier to observe, than other solar processes, from the Earth’s surface. Solar observations actually date back as far back as the 17th century, enabled by the invention of the telescope. Giovanni Domenico Cassini and a team of observers in France collected many of the early observations, including those during the Maunder Minimum. This was an 80-year period in the 17th century, when London's Thames River froze over, cherry blossoms bloomed later than usual in Kyoto, European canals regularly froze solid and Alpine glaciers encroached on mountain villages.

The Maunder Minimum occurred between 1645 and 1715 and is characterized as being a period with incredibly low levels of sunspot activity. During the 30 years in the middle of Maunder Minimum sunspot  activities almost completely disappeared.

During the coldest years of the Little Ice Age (LIA), which occurred from 1350 to 1850 the Themes in London froze solid along with New York’s Hudson river, Manhattan become only an ice skate away.  The great famine of 1315 marked a treacherous start to the LIA. 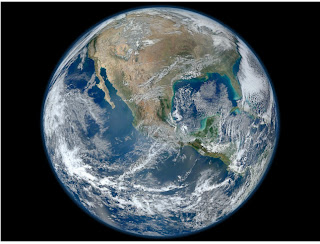 While we climate sceptics have been highlighting that we have entered the global cooling cycle for some years now, not many of us expected accelerated cooling until the maxima of the current solar cycle occurred, predicted by NASA somewhere between 2013-2014. If these Japanese climatologists are correct, the solar maxima of this current Cycle 24 have now passed and the sun will start fast declining to its minima. Analysis by experts at NASA and the University of Arizona suggest that Cycle 25, whose peak is due in 2022, will be a great deal weaker still than the current Solar Cycle 24. The sun after emitting unusually high levels of energy throughout the 20th Century, is now heading towards a ‘grand minimum’ in its output, threatening cold summers, bitter winters and a shortening of the season available for growing food.

The resulting drought, and lowered photosynthesis rates due to drought, plus heightened oceanic CO2 depletion, also leads to lowered evapo-transpiration rates by plants. The resulting drop in atmospheric water vapor levels furthers drought and desertification, and also adds to cooling in another way, because water vapor too has a strong greenhouse effect, stronger than that of CO2. Moreover, increasing land snow cover means maximally increased "albedo" - increased reflection of sunlight back into outer space, exacerbating the climatic cooling in a self-amplifying fashion.

Global cooling means shrinking growing seasons, as well as drought. The long winter of 1977-78 cut four to six weeks from the agricultural season in the northern hemisphere. Many are concerned that the cooling will drastically curtail food production even before its other effects become alarming. The agricultural regions of the industrialized temperate zone global latitudinal band will probably be harder hit, at first, than the unindustrialized equatorial zone global latitudinal band of the Earth's noosphere. 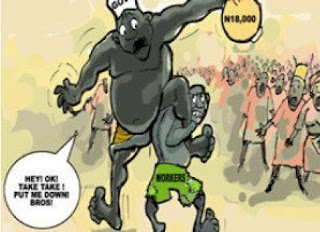 For decades publicity-grabbing environmental NGOs sustained a livelihood depending on the public's continued belief that a) the world is getting hotter and b) it’s all our fault. So if these Japanese climatologists are correct, then it is curtains for climate alarmists. For NGOs, it won’t be easy to shake off their criminal past as willing accomplices in the climate scam.  They can expect the chickens to come home to roost. The very least of their problems would be few takers for their advocacy campaigns. Expected public backlash will not only ensure a dwindling support (donation & volunteer) base for NGOs like WWF, Greenpeace, Oxfam, ChristianAid, ActionAid, CARE etc who played high profile roles in the climate scam, but  they could be additionally flooded with litigation, whose combined impact could lead to serious existential problems for these organizations.

Who knows whether the likes of Gerd Leopold ex boss of Greenpeace; Jim Leape, Director General of WWF International; Daleep Mukarji, ex boss of Christian Aid or Barbara Stocking of Oxfam GB and their lackeys in India would in the near future get hauled up by the International Court of Justice to be tried for charges Crimes against Humanity? We climate sceptics won’t settle for anything less.


Posted by Rajan Alexander at 1:40 AM